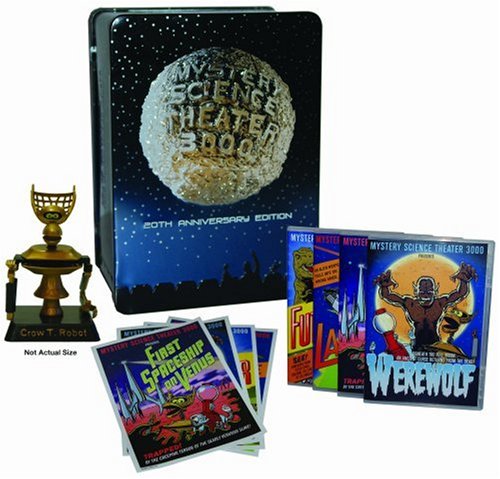 The Satellite of Love’s orbit decayed years ago, but MYSTERY SCIENCE THEATER 3000 lives on in the hearts of fans everywhere – and on home video. This Christmas will see a 20th Anniversary DVD set containing four of the most-requested titles in the show’s history. Check out the official press release below…