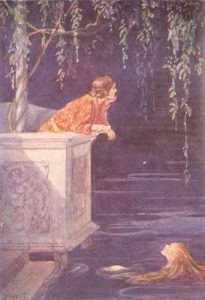 Variety reported today that Working Title is set to bring a live-action version of THE LITTLE MERMAID to the big screen. For those unfamiliar with the story’s premise (really?), it deals with a young mermaid who longs to abandon her life in the sea for the love of a prince on land. While the most famous adaptation of this story is the 1989 Disney animated version, this film will be drawing from the Hans Christian Andersen classic as its source material. Set to direct is Joe Wright (ATONEMENT, PRIDE & PREJUDICE) with Abi Morgan (BRICK LANE, THE IRON LADY) adapting the story for the screen.