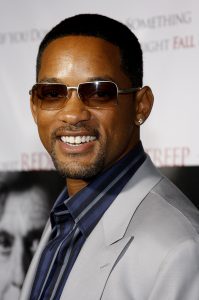 Will Smith is never one to buck a trend. According to deadline.com, the I AM LEGEND star has signed on to star in and produce THE LEGEND OF CAIN, a film which revolves around Adam & Eve’s “other” son but with a vampire twist. The film has yet to find a director or studio but will be produced by Overbrook Entertainment, whose partners include wife Jada Pinkett Smith & James Lassiter. Mr. Smith is currently in the process of international promotion of this film and the upcoming MEN IN BLACK III.
[serialposts]