Stuart Gordon’s MASTERS OF HORROR episode “The Black Cat” came out on DVD this week (I reviewed the film here), so it makes sense to make that the focus of this week’s episode of Friday Cat Blogging. 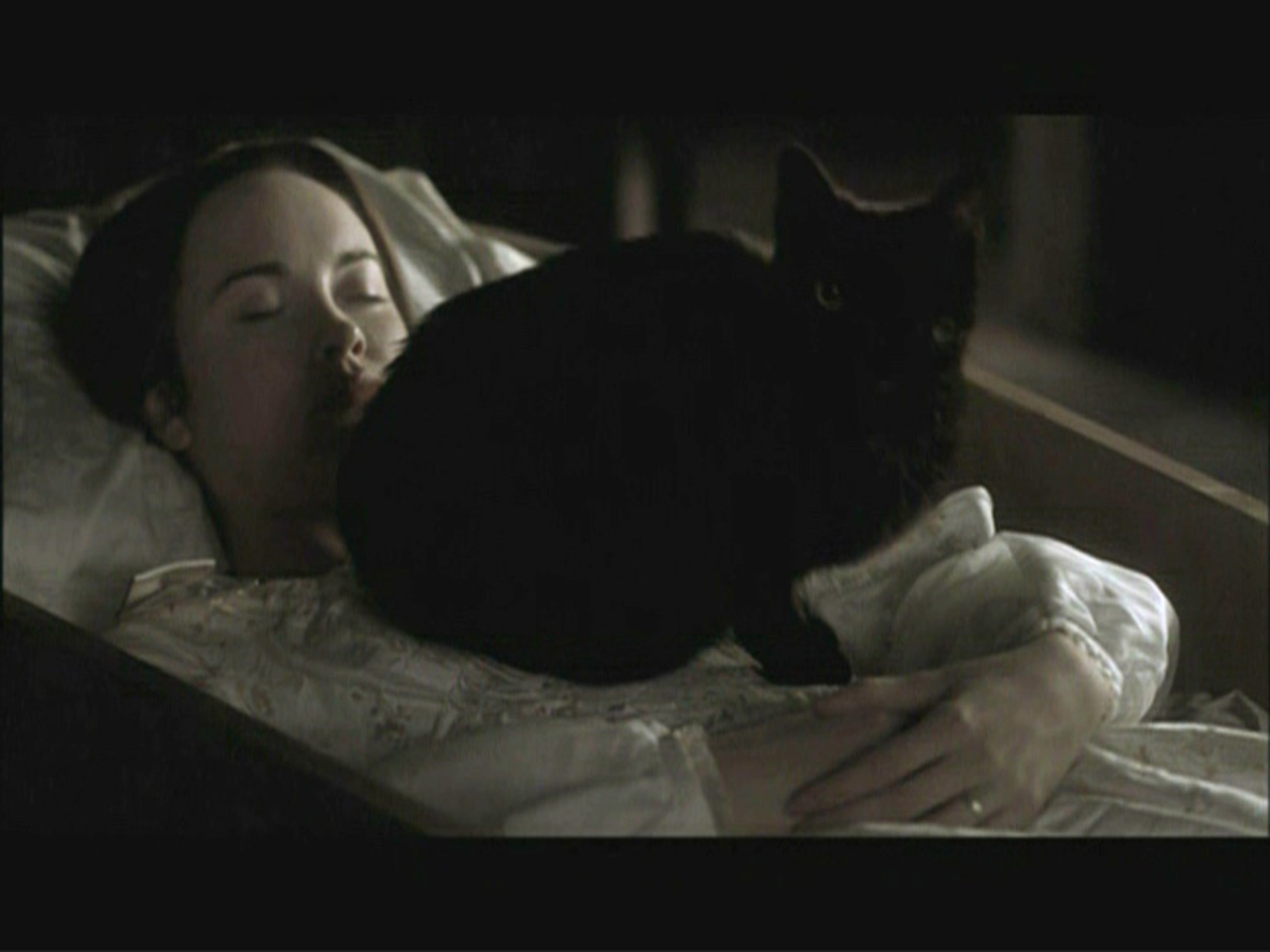 This is yet another adaptation of Poe’s story, more faithful than most, i which a man is driven by a “spirit of perverseness” that eventually leads him to murder. His crime is betrayed by a black cat named Pluto – or actually a cat that looks just like Pluto, the original having been hanged to death.

Pluto (named after the Roman god of the underworld) is a kind of black hole in the story, an enigma that could symbolize either supernatural revenge or psychological guilt. Does the cat really come back from the dead? Is the story’s drunken protagonist haunted by the monster, or is he simply delusional, seeking a scapegoat for his own self-destructive behavior? Either way, Pluto cuts a striking figure, glaring balefully from his good right eye or yowling triumphantly astride the murdered Viriginia’s head. He truly is one of the screen’s great scardy cats.

See more of Pluto in the Cat Blogging section of our Photo Gallery.