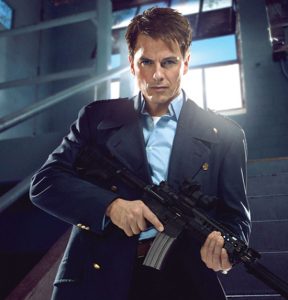 “Starz Studios takes you behind the scenes as the cast talks about the latest original series by Starz, ‘Torchwood: Miracle Day’.
Premieres July 8th, 10 pm e/p on Starz.“ 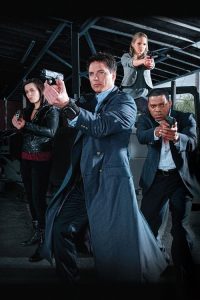 Behind-The-Scenes with the cast and crew of TORCHWOOD: MIRACLE DAY.
Premieres July 8th at 10:00 PM ET/PT on STARZ.

“The plot of Miracle Day is the most explosive TORCHWOOD storyline yet. One day, nobody dies.
All across the world, nobody dies. And then the next day, and the next, and the next, people keep aging— they get hurt and sick— but they never die. The result: a population boom, overnight. With all the extra people, resources are finite. It’s said that in four months’ time, the human race will cease to be viable.
But this can’t be a natural event — someone’s got to be behind it. It’s a race against time as C.I.A. agent Rex Matheson investigates a global conspiracy. The answers lie within an old, secret British institute. As Rex keeps asking ‘What is Torchwood?’, he’s drawn into a world of adventure, and a threat to change what it means to be human, forever.”

REX MATHESON (Mekhi Phifer)
He’s the golden boy. The embodiment of the American dream and has been all his life. Harvard education, Rex is destined for success and could make a fortune in Wall Street or Hollywood, but he chose the C.I.A. because he believes in justice and will fight for it. He can talk his way into anything, then charm his way out, fast. This may be just what he needs as he joins forces with Jack and Gwen to fight a global mystery behind “Miracle Day” that has them racing from one crisis to another, dodging assassins, blackmail, corruption and conspiracy, from Washington to Wales and the slums of Shanghai.
CAPTAIN JACK HARKNESS (John Barrowman)
Jack looks like a hero. He’s handsome, witty and subversive with a killer smile. But there’s a reason for that glint in his eye. His dashing style hides a secret. Truth is Jack Harkness is immortal, the only one of his kind. He once ran the Torchwood Institute, a British organization dedicated to fighting the strange and bizarre. But Torchwood closed down, and Jack disappeared, to start yet another of his many new lives. When a new, epic danger affects the whole planet, Jack finds himself back at the center of events, fighting not just for his own life, but for everyone on Earth.
GWEN COOPER (Eve Myles)
Gwen once lived the ultimate double life —the funny, salty, earthy woman who loves home and family, combined with the tough, ruthless warrior, who loves the thrill of the fight. She was the heart and soul of an organization called Torchwood. She was a defender of the human race. But now she lives in seclusion, with her devoted husband Rhys and baby Anwen, knowing that one day trouble would come calling again.
When events surrounding “Miracle Day” push Gwen to the limit, she’ll need to call on resources she never knew she had and make the most terrible decisions, on behalf of all mankind.
ESTHER DRUMMOND (Alexa Havins)
Esther is an innocent, in a world of assassins, liars and zealots. She got where she is with the C.I.A through diligence and application. Hard work keeps Esther focused but she still dreams of active duty as a field agent serving her country. The dream is going to happen faster than she thinks and in no time at all, Esther finds herself running alongside Jack, Gwen and Rex, living off the grid, gun in hand, fighting a global conspiracy against enemies ranging from big business to the state. It’s a tough, brutal, hard lifestyle where survival is hard won and life-changing choices have to be made.
OSWALD DANES (Bill Pullman)
Well-educated and a former school teacher, Oswald’s a convicted child killer, both guilty and unrepentant. But when Oswald survives his own execution, he’s given a whole new life. The most infamous man in the world, he becomes the most provocative figure in modern media. He’s a flare, reviled yet mesmerizing, whose very existence embodies how the world changed on “Miracle Day”.
DR. VERA JUAREZ (Arlene Tur)
An attending surgeon in Washington D.C., she’s smart, fast talking and hard working, Vera is on the frontline of medical care on “Miracle Day”. As the world crisis grows, Vera’s surgical and ER experience sees her recruited to advise on government think-tanks until she has to make a moral choice of enormous consequence. Sexy, confident and passionate, Vera’s life is soon inextricably tangled up with Rex’s.