According to the L.A. Times, the underperforming GREEN LANTERN movie may yet garner a sequel.

Warner Brothers’ chief  Jeff Robinov had the following to say:

“We had a decent opening, so we learned there is an audience.
To go forward, we need to make it a little edgier and darker with more emphasis on action…. And we have to find a way to balance the time the movie spends in space versus on Earth.”

Theres’ already a sequel outline by GREEN LANTERN writers Greg Berlanti, Michael Green and Marc Guggenheim. However, the site says insiders tell them that the studio would likely have the story revised to make it more in line with Robinov’s ideas, if not starting over from scratch with a new script.
They also feel that  Warner Brothers Pictures would likely go with another director, as they felt that Martin Campbell (CASINO ROYALE) was ultimately not a good fit for the cosmic superheroics of the hero and the galaxy-spanning police corps.

In terms of tent-pole superhero prictures, Warners has THE DARK KNIGHT RISES coing out in 2012, and MAN OF STEEL for 2013.  The studio would like to have another DC Comics character film for 2014, and Green Lantern might fit that bill, although apparently they also have a FLASH screenplay that Robinov thinks is “solid”.
Jeff Robinov has long been a supporter of a JUSTICE LEAGUE movie, which might also be a good way to restart a new BATMAN franchise, now that the Christopher Nolan/Christian Bale trilogy is coming to an end.

The website GeekTryrant has some interesting udpates from GREEN LANTERN co-

writer/producer Greg Berlanti on the scripts for THE FLASH and GREEN LANTERN 2.
He hints that while GREEN LANTERN has its down-to-Earth scenes, and others of epic space opera, the FLASH movie will concentrate a bit more on crime and forensics than comic book readers might expect.

“Though Barry Allen was a little lighter in the comic, I think because of the nature that he was a CSI and moved in this world of crime before this stuff happened. I think it’s tonally somewhere in between ‘GL’ and ‘DARK KNIGHT.’ It’s actually a little bit darker than when we were working on (‘GL), because you’re dealing with somebody who is already a crimefighter in a world of those kinds of criminals and that kind of murder and homicide.
I find you talk a lot about different films when you’re working on a film, and we spend a lot more time talking about SE7VEN or THE SILENCE OF THE LAMBS as we construct that part of Barry’s world, then I thought when we got into it. It helps balance a guy in a red suit who runs really fast.”

Berlanti describes the tone as being like the MATRIX films, and also mentions alternate dimensions, and the the comic book meetings between the Barry Allen and  Jay Garrick Flashes, and the multiple Earths.
Regarding GREEN LANTERN 2:

I assume the “we” Greg  Berlanti is talking about is Michael Goldenberg. Berlanti did not rule out the possiblity of directing THE FLASH, but that he hasn’t given much thought to the idea while writing the script.

'Green Lantern 2' and 'The Flash' Deals 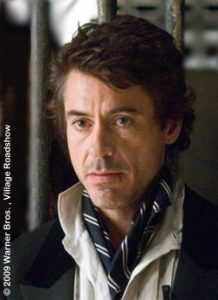