As SMALLVILLE heads towards the end of its tenth and final season, The CW has put together this brief teaser of the 2-hour series finale, covering the show’s recurring themes, with glimpses of moments past and yet to come.
The SMALLVILLE Finale airs May 13th, beginning at 8:00 PM/7:00 Central.

Clark is shocked to find a mirror box in the barn. Clark Luthor surprises him and sends Clark Kent back to the alternate reality where Clark runs into a very angry Jonathan Kent (guest John Schnieder).
Meanwhile, back in our reality, Clark Luthor visits Tess and tells if she doesn’t side with him he’ll kill her. Lois asks Emil to help her bring Clark back.
Jeannot Szwarc directed with story by Genevieve Sparling and teleplay by Kelly Souders & Brian Peterson. 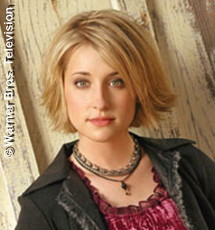 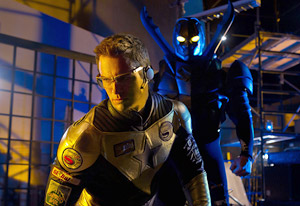 Here’s a preview clip and The CW’s official description of this Friday’s episode of SMALLVILLE, Scion.

SMALLVILLE airs Friday at 8:00 PM/7 Central, followed by a new episode of SUPERNATURAL at 9:00 PM.

Here’s a preveiw clip and official description of SMALLVILLE’s, next episode, Masquerade.

SMALLVILLE airs Friday at 8:oo PM/7:00 Central on The CW Network, followed by a neaw episode of SUPERNATURAL.

TVLine  broke the news of major spoiler from SMALLVILLE: the early arrival of a version of a significant comic book character —Connor Kent, aka Superboy.
Likely to be revealed in the upcoming episode ‘Scion’,  it seems Alexander, the Lex Luthor clone, actually shares both Lex’s and Clark Kent’s DNA. (A plot wrinkle introduced in the comics, after the Death of Superman series.)

This was foreshadowed by the surprise ending of last Friday’s episode  Beacon, in which Tess Mercer (Cassidy Freeman) discovers to her shock that Alexander (Lucas Grabeel, HIGH SCHOOL MUSICAL) is becoming invunerable.
Producers Brian Peterson and Kelly Souders are quoted as saying:

“Conner’s [sic]  journey is manipulated by a master.  Luckily, someone knows more about Conner’s life than he does. But he should be wary of strangers bearing gifts.”

So it doesn’t look (at the moment) like the Alexander clone will age into the Michael Rosenbaum Lex. It will be interesting to see how the character will return in the series finale.

"Real" Lex Back on 'Smallville'

According to Deadline , Michael Rosenbaum will return as the adult Lex Luthor for the two-hour season finale of SMALLVILLE.
The article states that  the deal was finalized Friday night for the actor to reprise his role, which he played for seven years on the CW Network  (originally the WB) program.
Since his departure, body doubles and both younger (Jakob Davies, Connor Stanhope, and most recently Lucas Grabeel) and older actors (Mackenzie Gray) have been used to depict various incarnations of Lex Luthor, some of them “damaged” clones, others possibly the actual, though masked and  injured man. While acceptable in these roles, these substitutes don’t really compare to the original.

“It feels like the stars are aligning, literally. We couldn’t be more excited about having Michael back. And as far as the way he returns … there’ll be no doubt about how Lex becomes the great rival in Clark Kent’s life. He is the villain of the story.”

Michael Rosenbaum says he’s delighted to return to wrap things up for the series, now in its tenth season.

“I’m simply doing it for all of the fans out there who made SMALLVILLE the great success it is. I appreciate all of their passion, their relentlessness and even their threats. Ha-ha.

I can’t wait to hug the old crew back in Vancouver one last time and see all of my old friends once again… Oh, and for Lex to become the badass he’s destined to be.”

Rosenbaum and the writing staff always took care to depict the character as complex and human, a  person wounded and damaged by his upbringing, desperately seeking love, friendship, and trust—all undermined by his ingrained fear of beytral and subsequent need to control.