According to Nuke The Fridge,  when Darth Maul returns in the animated STAR WARS: THE CLONE WARS on Cartoon Network, he’ll be voiced by a familar genre actor.
Sam Witwer (SMALLVILLE’s Doomsday), and currently the vampiric star of SyFy’s take on the UK supernatural drama BEING HUMAN. will take on the role of the popular character of  Darth Sidious’ apprentice—who seemed to be pretty much indisputably dead, cut in half and the two parts fallen down a power shaft in THE PHANTOM MENACE.
Witwer has also appeared in the Steven King movie THE MIST, and BATTLESTAR GALACTICA. In the STAR WARS universe he’s provided voices for THE CLONE WARS and the video games THE FORCE UNLEASHED (Starkiller) and STAR WARS: THE ULTIMATE SITH EDITION.

From TV GUIDE comes this advance poster for GREEN LANTERN: The Animated Series, which will air on The Cartoon Network in 2011.
The new Warner Brothers Animation show will be previewed at New York Comic Con this weekend — which is already sold-out for Saturday, when Bruce Timm (BATMAN:Animated), producer  Giancarlo Volpe (STAR WARS:CLONE WARS) and Jim Krieg (BEN 10) will hold the panel. 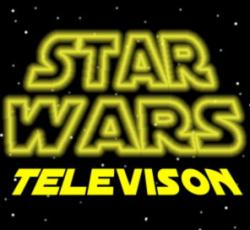