In an interview from Turner Classic movies, filmmaker Terry Gilliam provides his perspective on the differences between Stanely Kubrick and Steven Spielberg. Essentially, it comes down to this: Spielberg provides comforting answers for his audience; Kubrick (as in 2001: A SPACY ODYSSEY) raises challenging questions that provoke the audience to think.
To underline his point, Gilliam quotes an exchange between Kubrick and Frederick Raphael, his co-writer on EYES WIDE SHUT. In Raphael’s memoir of their working relationship, Eyes Wide Open, he recounts a conversation regarding films that have depicted the Holocaust. Raphael shows off his smarts by mentioning obscure titles, while Kubrick keeps asking “What else?” Finally, Raphael is forced to mention the elephant in the room SCHINDLER’S LIST. What follows goes like this:

Do you ever feel your Sense of Wonder being overwhelmed? We certainly did this past weekend (in terms of quantity if not quality) with no less than six horror, fantasy, and/or science fiction films opening in U.S. theatres – some nationwide, some in limited engagements. EVIL DEAD, THALE, and EDDIE: THE SLEEPWALKING CANNIBAL were covered in a previous Spotlight Podcast earlier this week. That leaves JURASSIC PARK, 6 SOULS, and THE BRASS TEAPOT for this follow-up edition.
Podcasters Lawrence French and Steve Biodrowski delve deeply into the prehistory of the Steven Spielberg classic, based on Michael Crichton’s novel, which has been re-released in a new 3D conversion, including IMAX engagements. Does depth add a new dimension of terror to the 1990s computer-generated imagery? And how does the film hold up two decades after its original release?
After that, Biodrowski offers capsule comments on 6 SOULS (a supernatural thriller starring Julianne Moore) and THE BRASS TEAPOT (a comic-fantasy about a couple who discover a teapot that gives them free money – when they hurt themselves). Lawrence French wraps up with an account of seeing producer Thom Mount (who was interviewing director Roman Polanski via Skype at the Roxy Theatre in San Francisco) and learning from Mount that there is director’s cut of Roger Corman’s neglected FRANKENSTEIN UNBOUND (1990) lying in the Warner Brothers vaults. If only Warner Brothers could be persuaded to release that version on Blu-ray disc!

It’s our first Spielberg veteran here at CFQi, and a good one, too. Dee Wallace probably reached her greatest audience as the progressive but put-upon suburban mom of E.T. THE EXTRA-TERRESTRIAL, but she had previously developed her genre chops in two landmark horror titles: Wes Craven’s THE HILLS HAVE EYES and Joe Dante’s THE HOWLING, and most recently took her career in a darkly satirical direction with her work in the Asylum’s gory, fractured fairy tale, HANSEL AND GRETEL. Our conversation with Dee was frank and incisive, taking in a discussion of Spielberg’s personal investment in his films, the emotional complications of doing explicit sex scenes, and what it’s like breaking into the business on a low-budget horror film. Click on the player to hear the show.

Check out some of the Blu-ray bonus clips at the bottom of this post.

On Tuesday, August 14, 2012, Universal Home Entertainment releases the Blu-ray disc of JAWS (1975), the Steven Spielberg film often credited with birthing the phenomenon of the summer blockbuster. Based on Peter Benchley’s bestseller, JAWS went on to become the most successful box office winner of all time (until it was replaced by STAR WARS two years later). The film has seen several previous home video releases (VHS, laserdisc, DVD); now, as part of Universal’s 100th anniversary celebration, it arrives in a new, digitally remastered high-definition transfer, with 7.1 surround sound. The combo pack also contains a DVD, a digital copy, Ultraviolet, and over four hours of bonus featuring, including a new documentary THE SHARK IS STILL WORKING (the title is an ironic commentary on the actual facts of JAWS’s production, during which the mechanical shark was often not working).
The press release offers more details, in the usual hyperbolic Hollywood style:

Check out sample clips from the bonus features below: 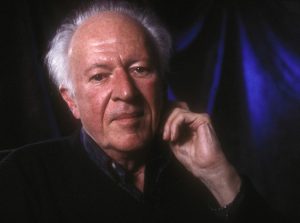 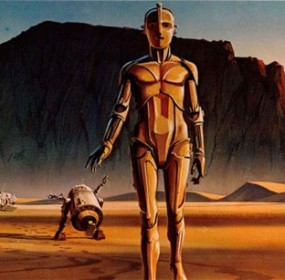 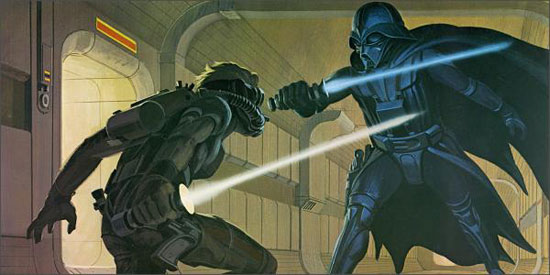 
Time to close the year off with some rip-roarin’ adventure, so why not throw in a little, continental flair in the process? Steven Spielberg has decided to take that route, and make his debut in the animation field, with THE ADVENTURES OF TINTIN, a cg-animated film using AVATAR’s performance-capture process and based on the charmingly audacious comic books by the artist Hergé. Starting with a mysterious message found in a model boat and spinning out into grandiose tapestry of action that includes pirate raids, fictional Arabian kingdoms, motorcycle chases, and talented opera singers, the story takes the classic boy reporter/detective (performed and voiced by Jamie Bell) and gives him the kind of adrenaline-filled exploits that only Spielberg can orchestrate.
Click on the player to hear the press conference featuring Steven Spielberg (who fields most of the questions), producer Kathleen Kennedy, stars Bell and Nick Frost, and WETA effects master Joe Letteri.

Here’s a Sneak Peek of TERRA NOVA’s “Now You See Me”
Taylor and Mira square-off in the jungle where he learns more about her plans and about his son. But then they both face a pre-historic enemy they must conquer together.

Meanwhile, the “Sixer” mole scrambles to cover its tracks as Terra Nova goes on lockdown and Jim closes in. Also, Zoe faces a difficult decision as the Ankylosaur she has been caring for grows rapidly.


J.J. Abrams, the man who set the deliriously enigmatic pace for LOST in that show’s pilot and upended STAR TREK by blowing up Vulcan (we still haven’t recovered) now sets his sights on the Spielbergian kids’ adventure in SUPER 8. Set in a small-town, rose-tinted version of 1979, the sf/fantasy film tells the tale of a group of tweens — prime amongst them Elle Fanning — who while filming their zombie movie capture on-camera a spectacular train crash and the unleashing of something malevolent from within. With Abrams idol Spielberg himself stepping into the producer role, will SUPER 8 be the film to take the Master’s visionary fantasy/drama template from the seventies and eighties and reconcile it with Abrams’ ability to work nuanced, character-based drama into a genre framework? Or is the inexorable pull of CLOSE ENCOUNTERS’ sense of wonder too strong even for the man who in the past few years has acquired a reputation for his own, unique storytelling style? Join Cinefantastique Online’s Steve Biodrowski, Lawrence French, and Dan Persons as they discuss the issue.
Click on the player to hear the discussion.

SUPER 8 – the highly anticipated science fiction thriller from writer-director J.J. Abrams and producer Steven Spielberg – explodes onto screens this week. Naturally, the Cinefantastique Round Table Podcast – the podcast of horror, fantasy, and science fiction films – is here to tell you whether or not to get your hopes up; CFQ regulard Dan Persons, Lawrence French and Steve Biodrowski wiegh in, and Dan, who got a sneak peak months ago, opines that, yes, you should be excited.
Also on this week’s agenda: a look at some recent headlines, including news that Tom Cruise is signing on to appear in the big-budget futuristic would-be blockbuster OBLIVION and that directorial stylist Alex Proyas (THE CROW, DARK CITY) is developing a new science fiction film.