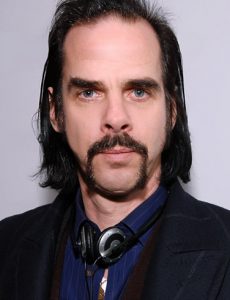 There are few things that get a fan boy’s ire up like the word “remake” (see all YouTube comments on the upcoming film LET ME IN). But for fans of THE CROW, the 1994 film starring Brandon Lee in his last role, there finally comes some good news in regards to its upcoming revamp. According to TheWrap.com, Musician/Writer Nick Cave has been officially signed on to help rewrite the script originally written by the film’s director Stephen Norrington (BLADE, LEAGUE OF EXTRAORDINARY GENTLEMEN). From TheWrap.com:

The last we heard about Relativity Media’s remake of “The Crow,” producer Ed Pressman told MTV that an offer was out to a “major actor” and director Stephen Norrington (“Blade”) had finished a “terrific” screenplay that would be set in two locations: “the southwest — the Mexico/Arizona area — and an urban [setting] — Detroit or Pittsburgh or something like that.”
Well apparently Norrington’s take wasn’t quite “terrific” enough, as Pressman recently told TheWrap that none other than iconic musician and acclaimed screenwriter Nick Cave has come on to rewrite the script.
Hiring Cave to rewrite Norrington’s script is a bold move, but it may prove to be worth it in the long run, as Cave may be the perfect choice to help resurrect the fading franchise.

For those unfamiliar with Nick Cave’s writing work, it is best on display in the 2005 Aussie-Western THE PROPOSITION, starring Ray Winstone & Guy Pierce – a definite must-see! This may be enough to put some minds at ease, though for the rest only time will tell. For those in the latter category, put Cave’s RED RIGHT HAND on your iPod…if the movie is half as cool as that song, then we’re all in for a treat!
[serialposts]