To be perfectly blunt about it, big studio blockbuster releases typically don’t fail as spectacularly as THE AMAZING SPIDER-MAN 2. Oh they can be bad, but a comforting buffer of test screenings, focus groups, top-level executive intervention, and directorial and editorial wisdom tend to at least modulate them into some form of narrative coherence. Watching them isn’t akin to witnessing a trained chimpanzee trying to explain quantum physics.
Between the two super-villains, the romantic troubles between conflicted super-hero Peter Parker (Andrew Garfield) and his ambitious girlfriend Gwen Stacy (Emma Stone), the ongoing corporate espionage/missing parents story-arc, a new will-Spidey-share-his-blood-for-a-dangerous-but-possibly-lifesaving-procedure subplot, the ever-present exploration of the with-great-power-comes-great-responsibility theme (featuring a guest appearance by Denis Leary as Dolefully Glowering Ghost), Paul Giamatti in a tragically wasted role, and somewhere on the order of 23 discreet endings, THE AMAZING SPIDER-MAN 2 is one astoundingly awful mess. This is BATMAN AND ROBIN-grade disaster, so stunningly bad that the Cinefantastique Online team of Steve Biodrowski, Lawrence French, and Dan Persons get a little giddy trying to suss out what went wrong. Click on the player to hear the show.


It takes some kind of actor to take the role of a Nazi sadist and make it more than just a broad caricature. And it’s no mean feat to then become the flesh-and-blood incarnation of one of comics’ most notorious egotists and turn him into a person you might consider hanging out with. J.K. Simmons has done both and — besides just defining the roles of OZ’s Vern Schillinger (scary) and SPIDER-MAN’s J. Jonah Jameson (even scarier) — has also played parts that include the adult son of a world savior in LEGEND OF KORRA, a skeptical police psychiatrist in the LAW AND ORDER franchise, and a reclusive hermit with the answers to a young clone’s vexing questions in THE VENTURE BROS. Now he’s appearing as the man who can bring some insight into the paranormal nightmare that has claimed an innocent family in the new thriller, DARK SKIES. We got a chance to speak with him about that role and many more — click on the player to hear the show.

The father of the Amazing Spider-Man is still pretty amazing himself — at NYCC, Stan Lee not surprisingly packed the house during his Saturday appearance, and managed to have journalists lining up afterward to speak with him.
Dan Persons was one of those lucky enough to get a few minutes with Stan, and was able to get some insight into his newest project, the web video channel STAN LEE’S WORLD OF HEROES, as well as a benchmark on how he regards his side-career as a big-screen actor. (Dan was also able to restrain himself from asking Stan to shout, “Excelsior!” but doesn’t guarantee he won’t do it the next time.)


Chalk Spotlight host & producer Dan Persons up for the crisis of faith: While he concedes that there are enough laughs in the animated works of  Seth McFarlane to dismiss the notion that the creator of such shows as FAMILY GUY and AMERICAN DAD is everything that’s wrong with televised comedy (an assertion that’s nowhere near true so long as HOT IN CLEVELAND remains on the air), he still had his concerns about TED, McFarlane’s live-action, feature film debut about a guy (Mark Wahlberg) and the rocky relationship he has with his affable, raunchy teddy bear (voiced and performed in mo-cap by McFarlane). So Cinefantastique Online’s managing editor Steve Biodrowski volunteered to check the film out on his own, and in his review at the top of the show gives some idea whether it merits its #1 box-office take.
Then, in anticipation of next week’s debut of THE AMAZING SPIDER-MAN, Dan and Steve sit down to discuss the trilogy that kicked-off the franchise: Sam Raimi’s SPIDER-MAN; SPIDER-MAN 2; and SPIDER-MAN 3. Among the topics covered: who, from Willem Dafoe and his Green Goblin to Alfred Molina and his Doc Ock to Thomas Haden Church and his Sandman to Topher Grace and his Venom, delivers the most credible villain; which film embraces its dramatic elements most convincingly; and is J.K. Simmons truly a gift from the gods?
Also: What’s coming to theaters next week. Actually tomorrow. Actually it’s THE AMAZING SPIDER-MAN, we said it just above, ya happy? 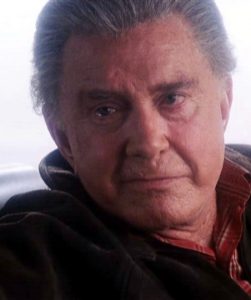 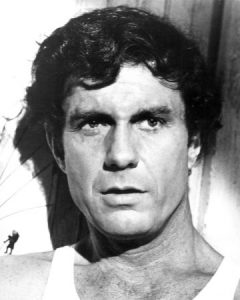 Via Ajho23’s YouTube page comes this ‘bystander video’ of THE AMAZING SPIDER-MAN location stunt work, with the Spidey-suited stunt man subbing for Andrew Grafield swinging on a cable from a overpass bridge out and over NYC traffic.
Even on a cable and harness this takes guts, and after digitally removing the support wire, and adding in webline, it should make for a nice, non-CGI actor element to the scene.

Adding to the Marvel Movie Material that’s piling up lately, MarieClare.co.uk is featuring several pictures of Andrew Garfield and/or more likely just his stuntman doing location stunts for Marc Webb’s still untitled SPIDER-MAN reboot.
Note the “sandal / slippers” to protect the feet— and probably provide better traction for the stunts.
The costume is certainly different, but I can’t grouse too much. We already had him in the pretty true to the comics outfit in the Sam Raimi trilogy.


Looks like the stunt suit doesn’t have the webbing detail (the TV show long-distance climbing suit didn’t either)—unless this reflects an early version of the costume.
More photos at the link above.
Meanwhile, On Location Vacations is offering Stunt-Spidey in full swing.

“Can he swing from a crane?
Safety harness— if he’s got a brain!”

Yeah, I think that song-wrting gig is still beyond my grasp.


Via SuperheroHype, here’s the first look at Andrew Garfield in a new Spider-Man costume from the Columbia Pictures re-boot.
A little the worse for wear in this pic, but not bad. A bit of a departure from the comics. There seem to be darker threads/lines giving the suit more texture and a darker hue.
I’d actually hoped they’d go for the red & black outfit from Amazing Fantasy #15.
Back in the day, printing problems made it difficult to dress superheroes in black, so blue high-lighting was used, generally in time taking over from the black entirely.
Less

black on the page meant less work for the inker, as well.  Eventually, it seemed even the creators would forget the original, darker intent.  C’est la vie!
January 13, 2011

JustJared is featuring a gallery of pictures from a location shoot of the new SPIDER-MAN film, giving us the first look at Andrew Garfield as Peter Parker.
Taken January 4th in the bleachers of a football stadium in Los Angeles, the scene features Parker and Gwen Stacy (Emma Stone) sharing a kiss.
The fashion choices for Garfield as Peter Parker give him a rather funkier haircut and style than I would think of for the  nerdy, clean-cut bookworm of the comics. Possibly this Peter has a bit more edge than traditionally depicted.

Still no title announced for the Columbia Pictures reboot of the franchise. See ten more pictures at the link above.

Stan Lee Gets a Star 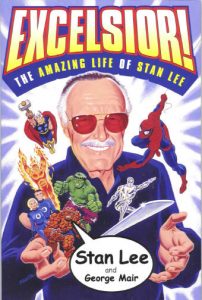