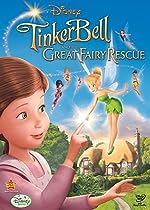 After releasing this cult horror-comedy to art house theatres on a region-by-region basis this summer, with engagements in Los Angeles, New York, San Diego, etc, Indican Pictures offers it on VOD and DVD on September 21, with a subsequent Blu-ray release scheduled for October 5, 2010.
The title, of course, is a play on Rosencrantz and Guildenstern Are Dead, Tom Stoppard’s 1966 play that retold the story of Shakespeare’s Hamlet from the point of view of two subsidiary characters, unable to grasp the big picture of the tragic story in which they were taking place. A hit on the festival circuit last year, this horror comedy follows a stage director who gets a gig handling an avante garde, off-Broadway adaptation of Hamlet, which turns out to have been scripted by a vampire, who is hoping to lure his rival out of seclusion so that they can resolve their romantic rivalry over Ophelia.
The film was written and directed by Jordan Galland. The cast includes Jake Hoffman, Devon Aoki (SIN CITY), John Ventimiglia, Kris Lemche, and Ralph Macchio as a gangster (yes, the Karate Kid himself). Distribution is through Indican Films.
THEATRICAL ENGAGEMENTS:

NOTE: This post has been altered and updated since originally appearing on April 1.