We’re betting Paramount would’ve preferred that CAPTAIN AMERICA: THE FIRST AVENGER had come out on the Memorial Day or July 4th weekends. However, martial-arts-happy animals and big-ass robots claimed those two slots, so here we are in later summer, trying to get our patriotism back for a red-white-and-blue bedecked super hero doing his bit for mom, apple pie, and gas-guzzling cars in the thick of WWII. Does director Joe Johnston’s ROCKETEER-tested period style work its magic for this final bit of table setting before next year’s THE AVENGERS? Are two hours enough time for an origin story, rescue adventure, and ultimate clash between good and evil? And where the hell are all the Nazis? Join Cinefantastique Online’s Steve Biodrowski, Lawrence French, and Dan Persons as they discuss these issues and more.
Also in this episode: Dan gives his capsule review of the moody, science-fiction drama, ANOTHER EARTH. 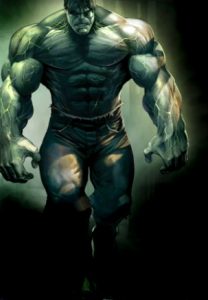