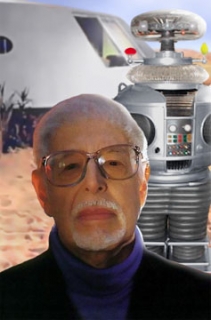 
Tuesday, September 7 is filled with more DVDs and Blu-ray discs than store shelves can possibly hold. Not all of them are new titles – many are re-issues – but there are more than enough worthwhile offerings to make a serous dent in a dedicated collector’s pocketbook. Read on, to see what’s in store…
SUPERNATURAL: THE COMPLETE FIFTH SEASON arrives on 6-disc DVD and a 4-disc  Blu-ray set. Bonus features include “Supernatural: Apocalypse Survival Guides – Bobby’s Exclusive Video Collection,” “Ghostfacers: The Web Series,” Producer-Writer Commentary on Episode 4, The End,” Unaired Scene from Episode 9,The Real Ghostbusters,” and a Gag Reel.

If that’s not enough television for you, this week  offers up SMALLVILLE: THE COMPLETE NINTH SEASON, which also arrives in a 6-disc DVD set and a 4-disc Blu-ray set. Extras include “Kneel Before Zod” (a look at the Kryptonian criminal), “Justice for All” (the Smallville creative team bring the Justice Society of America to television for the first time), and Cast-Creator Commentaries on episodes “Idol” and” Kandor.”
SyFy Channel’s PHANTOM, an adaptation of the pulp action hero, also makes its way onto home video in the DVD and Blu-ray formats. That’s just about it for high-profile new titles; fortunately, lots of older stuff is resurfacing from the vault.

Horror hounds will now get to see Victor Crowley’s predations in the magic of high-def, thanks to a Blu-ray release of HATCHET; the disc ports over the bonus material from the previous DVD release and adds a new audio commentary from writer-director Adam Green (whose recent film FROZEN arrives later this month). HATCHET 2 is currently appearing at film festivals, so you better catch up with the first one.

Fans of classic cinematic science fiction will want to pick up FORBIDDEN PLANET on Blu-ray. The film has been released on DVD in several forms, including a tin collector’s set, but its lovely production design and colorful special effects demand the image resolution that only high-def can provide.
Three DOCTOR WHO titles arrive on DVD this week: PLANET OF FIRE and THE KING’S DEMONS (starring Peter Davison) and THE CREATURE FROM THE PIT (starring Tom Baker).

Writer-director Ken Russell’s outrageous film fantasy TOMMY, based on The Who’s seminal rock opera, has been remastered and restored in high-def picture and sound for its Blu-ray debut, 35 years after the film reached theatres back in 1975. Unfortunately, the disc lacks featurettes and audio commentary, even though most of the principals are still around, including Russell, Roger Daltrey (who plays the lead), and Pete Townshend (who created the opera and supervised the music).
Previously available titles reappearing on DVD include:

There is also a 6-FILM HORROR BLURAY COLLECTION, featuring the likes of HAUNTING OF WINCHESTER HOUSE and I AM OMEGA. Plus the usual direct-to-video obscurities.
Have fun!
[serialposts]