All things considered, there are definitely worse ways to see out the year. 47 RONIN, the historical fantasy mash-up that sees Keanu Reeves inserted — along with witches, dragons, and mystical warriors — into the legendary tale of a samurai revolt, may not be the high-water-mark in fantastic film for 2013. But in its gripping story, its fine cast — including Hiroyuki Sanada as a  samurai seeking vengeance on the duplicitous Lord who disgraced his master, Rinko Kikuchi (late of PACIFIC RIM) as a scheming witch, and Kô Shibasaki as a doomed love-interest for Reeves — and its ability to respect the legend and the culture of feudal Japan while still delivering up the kinds of fantastical creatures and fleet action sequences that can satisfy modern audiences, it certainly makes for some corking entertainment.
Cinfantastique Online’s Steve Biodrowski and Dan Persons sit down to express their not inconsiderable delight at closing out the year by celebrating a film that easily, and happily, exceeded their expectations. Click on the player to hear the show. 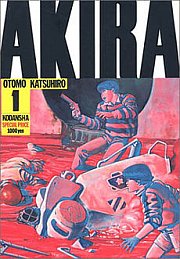 Keanu Reeves is attached to star in a modern updating of Robert Louis Stevenson’s The Strange Case of Dr. Jekyll and Mr. Hyde, which will be scripted by Justin Haythe (REVOLUTIONARY ROAD), who is also at work on a remake of VOYAGE TO THE BOTTOM OF THE SEA. Nicolas Winding Refn in negotiating to direct the film for Universal Pictures. Ironically, although Universal was once famous for producing black-and-white horror classics such as FRANKENSTEIN, DRACULA, and THE WOLF MAN, the Jekyl-and-Hyde combo was never part of their stable of classic monsters.
Titled JEKYLL, this project is the second of two versions of the Stevenson tale in development at Univeral:
According to Hollywood Reporter:

Plot details for this “Jekyll” are being kept locked in the laboratory.
Universal clearly is enamored with the tale as it also has been developing a take on it with Guillermo del Toro, though the two couldn’t be more different.
Del Toro, who has an affinity for gothic horror as well as creature features, aims to stick more closely to the Stevenson tale. Also, del Toro’s project is on the slow track as the filmmaker works on “The Hobbit” for New Line and MGM, which is expected to take up the next five years. Even when he comes back, he likely will tackle one or two other Universal projects before his version, so a good amount of time will exist between the projects.

This film combines elements of comic book fantasy with horror to create an enjoyable brew – sort of a film noir version of THE EXORCIST, crossbred with the stylization of THE MATRIX. Keanu Reeves is excellent in the title role, a sort of self-interested superhero, battling the forces of Evil (and sometimes the forces of Good, too).
The story, based on the Hellblazer comic books, maintains suspense by imagining a Manichean world evenly divided between Good and Evil, which are portrayed as opposing forces locked in an eternal war that follows its own set of rules, regardless of the collateral damage on either side. Our cynical hero seems to see little difference between them; at least, he joins the forces of good not out of any altruism but to advance his own personal agenda.
Most of the special effects and supernatural manifestations are of the entertaining “aint-it-cool” variety, but a few segue into the genuinely horrific (such as an early exorcism scene). The film runs through a stack of familiar cliches (for example, Constantine has a young helper who wants to get off the sidelines and prove himself), but the writing and performances make them work; on a few occasions, they are even genuinely moving.
Overall, this is an imaginative effort — one of the better comic book adaptations of recent years, even better than the recent HELLBOY, which covered somewhat similar terrain.

The film’s plot bears some remarkable siimlarities to the 1995 film THE PROPHECY. In both cases, the war between Good and Evil is portrayed as a take-no-prisoners battle in which even angels are soldiers who may inflict collateral damage. In both cases, the angel Gabriel turns out to be the true villain, and in both films Satan makes a third act appearance that aids hero (not out of the goodness of his heart but because it serves his own interests).
According to the Internet Movie Database, Alan Moore created the character of John Constantine at the behest of artists Stephen Bissette and John Totleben, who wanted to draw a character resembling Sting. Unhappy with the film adaptations of his other works (FROM HELL and LEAGUE OF EXTRAORDINARY GENTLEMEN), Moore swore off Hollywood and declined a “created by” credit on CONSTANTINE.


The two-disc collector’s set includes numerous bonus features and a collectible Hellblazer comic book, featuring a reprint of issue #41, plus a Hellblazer short story. DISC ONE: the feature film, with audio commentary from director Francis Lawrence, producer Akiva Goldsman, and screenwriters Kevin Brodbin and Frank Cappello; a Perfect Circle music video titled “Passive”; and two theatrical trailers. DISC TWO: 18 minutes of deleted scenes, including an alternate ending; “Conjuring Constantine”; “Production from Hell” documentary gallery; ‘”Imagining the Underworld” documentary gallery; “Constantine Cosmology”; “Foresight: the Power of Previzualization.”
The audio commentary alternates between two different discussions: one between director Lawrence and producer Goldsman; one between screenwriters Kevin Brodbin and Frank Cappello. Even with four voices, the commentary is not enough to fill the whole film, leaving gaps during certain scenes. Both conversations end as the credits start to roll, leaving the post-credits epilogue with commentary
The commentary is somewhat informative, but as often happens, it repeats information available in the other supplemental features. It is also frequently dull, merely explaining scenes to us. Goldsman tends to be jokey, interrupting Lawrence to say things like “This scene bugs me!” (during the Vermin Man sequence, of course). Brodbin and Cappello wander off into generalities instead of focusing on specific scenes.
We do learn a few interesting things, such as that Brodbin was working on the script back in 1996. Also, a few story points are clarified that are left vague in the film (for instance, it is Gabriel, not Mammon, who “dusts off” the remains of Balthazar after he has served his purpose – something you could probably figure out if you sat down and reasoned it through, but which the film itself never states).
The music video is of minor interest; outside of the footage from CONSTANTINE itself, there is little worth watching, and the song is merely okay. The two trailers are labeled “teaser” and “theatrical,” but the teaser trailer is basically a shorter earlier version of the later, complete with footage from the film (which is often not the case in teaser trailers, which are usually put together early to “tease” the audience before the film is completed).
Disc Two is loaded with features that are filled with interesting information. Many of the interviews were conducted on-set of specifically for the DVD, so this is a bit more than the talking-head “press junket” stuuf that often ends up as supplemental material.
“Conjuring Constantine” takes a look at the history of the comic book character and how he came to the big screen, which involved a change of nationality from English to American.
Production from Hell offers three short documentaries. “Director’s Confessional” looks at Lawrence’s transition from music video to feature film. “Collision with evil” takes us behind the scenes of the spectacular car wreck near the beginning. And “Holy Relics” examines the effort to create realistic looking props.

Imagining the Underworld also offers several vignettes, this time related to special effects. “Hellscape” reveals that Hell was intended to look like a Los Angeles freeay, the idea being that wherever you were on Earth, there was a parallel version in Hell. “Visualizing Vermin” takes a look at the creation of the Vermin Man sequence, in which a demon appears in the form of a multitude of bugs (curiously, the live-action suit used for reference looks better in someways, than the CGi that ended up in the film). “Warrior Wings” tells us that Lawerence wanted darker wings (inspired by classical paintings) for the Angel Gabriel, not traditional white ones; the special effects people created them in the computer, modeled after a bird of prey, like a hawk. “Unholy Abduction” shows us how the character of Angela was dragged kicking and screaming through the walls of a building, using mostly miniature and greenscreen effects.
“Constantine Cosmology” offers up an analysis of the mythic underpinnings of the film, but it is not particularly insightful.
“Foresight: The Power of Pre-Vizualization” offers up a handful of animatics that were used to pre-visualize scenes, to help with camera placement and special effects. The computer-generated versions run below the finished versions from the film, for comparison and contrast; there are also three scenes that were not film. An optional commentary from director Lawrence explains why changes were made or scenes abandoned.


The Deleted Scenes are mostly transitional stuff and additional exposition that are not particularly enlightening. We do see the shorter version of the Vermin Man sequence (which originally had only eight effects shots due to budget restraints). And we see Constantine in bed with Ellie, the half-breed demon who was cut out of the film. None of the scenes is essential, and all were wisely deleted, improving the film.
CONSTANTINE (2005). Directed by Francis Lawrence. Screenplay by Kevin Brodbin and Frank Cappello, story by Brodbin, based on the Hellblazer comic books by Jamie Delano & Garth Ennis. Cast: Keanu Reeves, Rachel Weisz, Shia LaBeouf, Djimon Hounsou, Max Baker, Gavin Rossdale, Tilda Swinton, Peter Stormare

The surprise sleeper success of 1999, this ingenious science fiction thriller easily surpassed THE PHANTOM MENACE in imagination, action, acting, and effects – if not in box office. It also spawned two action-packed sequels that, unfortunately, illustrated the law of diminishing returns, as what once seemed fresh and original quickly decayed into repetitious formula.
Excellence can be easier to acknowledge than it is to explain, which is why writing favorable reviews can be more difficult than writing negative ones: a list of virtues is a harder to identify than a laundry list of faults. In the case of THE MATRIX, the film is filled with what sounds like a laundry list of typically brainless big-budget Hollywood excesses: a cyberpunk, virtual reality storyline; an ear-shattering soundtrack; numerous fight and chase scenes; and enough gunfire to turn a building into the concrete equivalent of Swiss cheese. Yet, somehow, these elements coalesce into a film that is much more than just another Joe Silver science-fiction free-for-all (a la DEMOLITION MAN). The Wachowski Brothers have actually written and directed a densely plotted, intriguing tale that reuses familiar material without ever surrendering to hackneyed clichés. END_OF_DOCUMENT_TOKEN_TO_BE_REPLACED