Steve Biodrowski, Lawrence French, and Dan Persons continue the conversation following the record session for DON’T BE AFRAID OF THE DARK. Covered: A discussion of the late Jimmy Sangster’s contribution to Hammer Films; Dan’s take on TUCKER & DALE VS. EVIL; plus some thoughts on the Bradbury Building, remake fatigue, and Samsung’s assertion that the video tablets in 2001: A SPACE ODYSSEY nullify Apple’s iPad design patent. Listen to the show, ‘cuz it’s good for you. 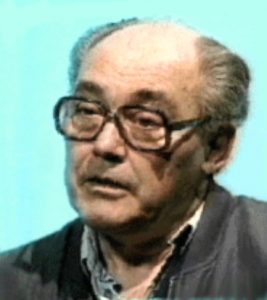 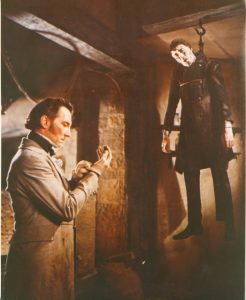 This is Hammer Films’ first sequel to their 1958 classic, HORROR OF DRACULA. Made at the height of the studio’s success, THE BRIDES OF DRACULA features the familiar elements (beautiful color cinematography, lavish sets, solid writing, strong performances), making this a worthy heir to its predecessor. However, it is perhaps most notable for the obvious absence of the king of vampires, Count Dracula, who never appears.
Instead, taking a cue from RETURN OF FRANKENSTEIN (1958), which ditched Christopher Lee’s creature from CURSE OF FRANKENSTEIN (1957) and made Peter Cushing’s Baron the returning figure, THE BRIDES OF DRACULA ditches Lee’s Count and makes Cushing’s Doctor Van Helsing the returning figure. In the new story, Marianne (Yvonne Monlaur), a beautiful young woman on her way to a girls school, accepts the hospitality of Baroness Meinster (Martita Hunt) and finds that the old woman is keeping her son locked up in the family castle. Marianne frees the blond, handsome Baron Meinster (David Peel), but he turns out to be a vampire — and attacks his mother. Van Helsing shows up and gets Marianne to her school safely. Having destroyed Dracula in the previous film, the good doctor now seems to be mopping up the “little fish” of the vampire world. He dispatches the Baroness (who has been vampirized by her son), but the Baron shows up at Marianne’s school and proposes to her. Van Helsing puts a stop to the undead wedding but not before Baron Meinster puts the bite on him — the doctor purges the vampire bite on his neck with a red hot poker and some holy water, then finishes the vampire off by leaping onto the arm of a windmill, so that it spins until the shadow lines up to form a giant cross that pins Meinster down.


THE BRIDES OF DRACULA is lavish and beautiful, and it is filled with interesting ideas and memorable scenes. One of the best occurs when the Meinster’s maid Greta (Freda Jackson, doing a good Mrs. Danvers impersonation) scrabbles on the soil over a recently buried victim, offering soothing encouragement for the newborn vampire to climb out of her coffin and rise. Van Helsing’s self-cure after being bitten by Meinster packs a wallop, and the climactic use of the windmill’s shadow to dispatch the vampire is a great image.
Unfortunately, the script for THE BRIDES OF DRACULA is a bit of a patchwork, credited to three different writers, and it sometimes seems as if the different sequences do not quite fit together. The long first act, before Van Helsing appears, is almost a self-contained mini-movie, featuring a typical misogynistic twist by Jimmy Sangster (the ignorant girl wants to help, but she only unleashes the monster). The all-girls school setting seems to be a personal fantasy of the screenwriter (it recurs in his later writing-directing effort LUST FOR A VAMPIRE), but thankfully director Terence Fisher keeps the sniggering to a minimum.

David Peel — blond, handsome, and innocent-looking — makes a nice visual contrast to Lee’s Dracula, and the actor gives a good erotically charged performance, hinting at incest during his attack on his mother and at homosexuality when he bites Van Helsing. Cushing is, as always, excellent as the single-minded vampire hunter, and he seems more than capable of carrying the film on his own shoulders.
In the end, however, THE BRIDES OF DRACULA cannot surmount the absence of Count Dracula, which seriously undermines the suspense. Having dispatched the Vampire King in the previous film, Van Helsing is the Gothic equivalent of the fastest gun in town, and it is impossible to think that any other vampire could outdraw him in any graveyard showdown. As a result, Baron Meinster’s defeat feels like a foregone conclusion from the very beginning.
This is not enough to ruin a fine horror film, but it does drag it down a notch from the exalted status of HORROR OF DRACULA. Hammer Films apparently realized this, as their next major vampire film, KISS OF THE VAMPIRE, was a stand-alone effort from which both Van Helsing and Dracula were absent.

This project began life as “Disciple of Dracula.” The original concept was that Christopher Lee would play a cameo as Count Dracula, arising at the end to destroy his rogue disciple, Baron Meinster.
THE BRIDES OF DRACULA breaks with HORROR OF DRACULA in more ways than by simply omitting the Count. HORROR OF DRACULA removed most of the supernatural elements of vampirism; for example, Dracula could not turn into a bat. In BRIDES, however, Baron Meinster does turn into a bat (the prop, though not terrible, does prove the wisdom of avoiding such effects in HORROR). There is also a weird little spooky scene in which the locks on a coffin (meant to keep a vampire trapped inside) mysteriously drop off, without opening or breaking.
Although Katherine Ramsland’s otherwise authoritative The Vampire Companion (a companion book to Anne Rice’s Vampire Chronicles) cites other sources of inspiration for Rice’s blond vampire anti-hero Lestat de Lioncourt, and in fact Ramsland does not even mention THE BRIDES OF DRACULA, it is abundantly clear that David Peel’s appearance as the boyishly handsome Baron Meinster was a major influence, not only for Lestat’s appearance but also for his homo-erotic undertones.


As of 2006, THE BRIDES OF DRACULA had never had a discrete Region 1 DVD release in the United States; however, it was available on the Hammer Horror Series Box set, which includes seven other early 1960s films from the British Studio (such as CURSE OF THE WEREWOLF and THE EVIL OF FRANKENSTEIN). These titles were distributed in the U.S. by Univeral Pictures, which in some cases tampered with the films heavily, not only re-editing them but sometimes adding additional footage as well. The box set features the original versions of all the films. Like all the film in the set, THE BRIDES OF DRACULA is transferred at the correct aspect ratio of 1.66 (unlike some Region 2 releases) with an anamorphic squeeze to take advantage of widescreen television sets. Picture and sound quality are fine, but there are no extras, not even trailers.
Brides of Dracula (1960). Directed by Terence Fisher. Screenplay by Jimmy Sangster, Edward Percy, Peter Bryan. Cast: Peter Cushing, Martita Hunt, Yvonne Monlaur, Freda Jackson, David Peel, Miles Malleson.