Using the Captain’s Log communicator, users can capture voice recordings, text entries, take photos and map GPS locations of their voyages as they travel planet Earth. Officers can select their preferred Enterprise class level, whether taking the role of Captain, Engineering, Science/Medical, Enterprise, or assuming the identity an enemy Romulan or Klingon officer.
Users can share their logs with friends on social networks like Facebook, Twitter, Tumblr and via email, with other Captain’s Log iPhone users, or choose to keep logs as private personal records. To deliver the most advanced Starfleet communicator to date, Captain’s Log utilizes iPhone 4 features including front-facing camera, retina display, multitasking capabilities and gyroscope support, showcasing a 3D model of the Starship Enterprise.

The application works with iPhone and iPod Touch devices running iOS 4.
The Captain’s Log application for iPhone 4 is now available on the Apple App Store for $1.99, or can be purchased via: iTunes.apple.com 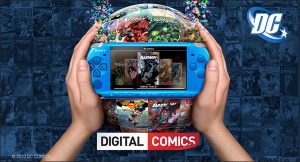