Cybersurfing: Reviews of "Crystal Skull" & "Center of the Earth" 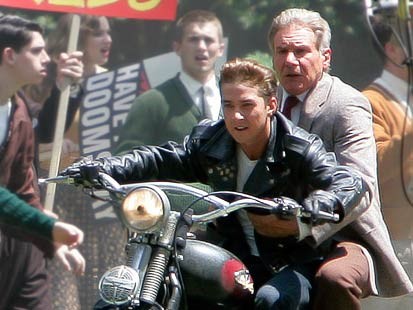 2008, Indiana Jones, INDIANA JONES AND THE KINGDOM OF THE CRYSTAL SKULLS, JOURNEY TO THE CENTER OF THE EARTH, Jules Verne

Actually, while George Lucas, Harrison Ford and Steven Spielberg and all the other stars of INDIANA JONES AND THE KINGDOM OF THE CRYSTAL SKULL were holding court at Cannes, in the south of France, I was watching their new film at San Francisco’s legendary Castro theater – the same theater where I’ve seen Mr. Lucas as a special guest several times. So while Mr. Lucas didn’t turn up in his home town this week, I’ve seen him often here. I’ve also been fortunate to attend the first preview screenings Lucas held for both INDIANA JONES AND THE TEMPLE OF DOOM and INDIANA JONES AND THE LAST CRUSADE, which Lucas insisted be held in San Francisco. END_OF_DOCUMENT_TOKEN_TO_BE_REPLACED