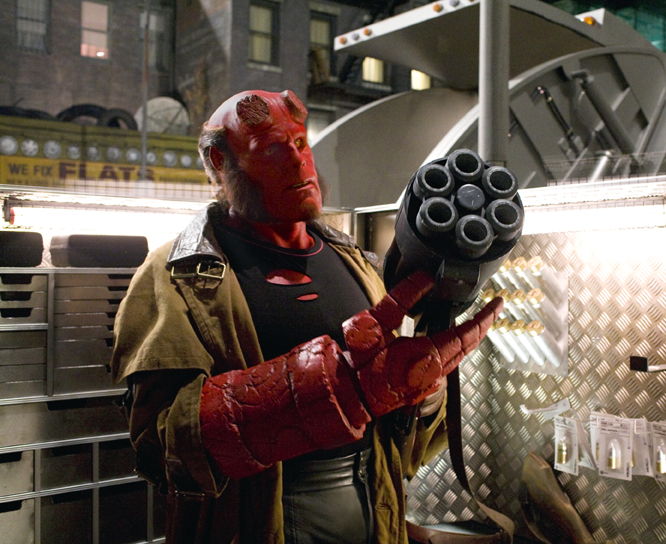 This summer, the critical divide is not so wide.
There is a common perception that a sharp division in taste separates people who pay to see movies and people who get paid to review them. Perhaps there is some truth to this, manifesting itself at year’s end, when  critics use their Top Ten lists to champion deserving little films that failed to find big audiences, but so far this season viewers and reviewers seem to be sitting on the same side of the aisle. Blockbuster hits like IRON MAN and THE DARK KNIGHT have won audience accolades and critical kudos in equal measure (even when, as in the case of INDIANA JONES AND THE KINGDOM OF THE CRYSTAL SKULLS, the film was a tired retread); meanwhile, bombs like MEET DAVE were loathed equally by press and public.  END_OF_DOCUMENT_TOKEN_TO_BE_REPLACED 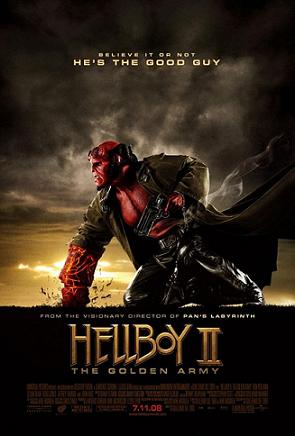 After a brief  revisitiing of the Hellboy mythology, we are introduced to the narrative backstory by way of a bedtime tale told to a young Hellboy (a.k.a. “Red”), a normal , exuberant child of the ’50s. It seems there has been a long held truce between Humankind END_OF_DOCUMENT_TOKEN_TO_BE_REPLACED

The Los Angeles Film Festival revs up this week, starting on June 19 and running through June 29. A combination of independent films and Hollywood blockbusters, the fest includes numerous science fiction, fantasy, and horror titles, such as JOURNEY TO THE CENTER OF THE EARTH and HELLBOY 2: THE GOLDEN ARMY.