This gangster is haunted, literally. KEYHOLE begins with an inversion — a group of criminals have to fight their way past a police barricade into a house — and only gets stranger from there. Turns out their boss Ulysses Pick (Jason Patric), isn’t after any kind of swag, but an exorcism of the past. The house is his own, riddled with ghosts, and Pick — with a willing mystic and an unwilling kidnap victim in tow — seeks to contact these remnants of a shaded, violent past, including his wife (Isabella Rossellini), possibly to banish them forever.
KEYHOLE is another stylish, enigmatic examination of the human soul by the Canadian master of such, Guy Maddin. Shot (mostly) in black and white, with a noirish tone, a script co-written by Maddin and frequent collaborator George Toles, and key performances by Udo Kier and KIDS IN THE HALL’s Kevin McDonald, the film’s a strange and poetic examination of how the sins of the past can linger forever, and what it might cost to revisit them.
Maddin’s one of my favorite interviews, and I’m glad to finally get him on the podcast. Click on the player to hear our conversation. 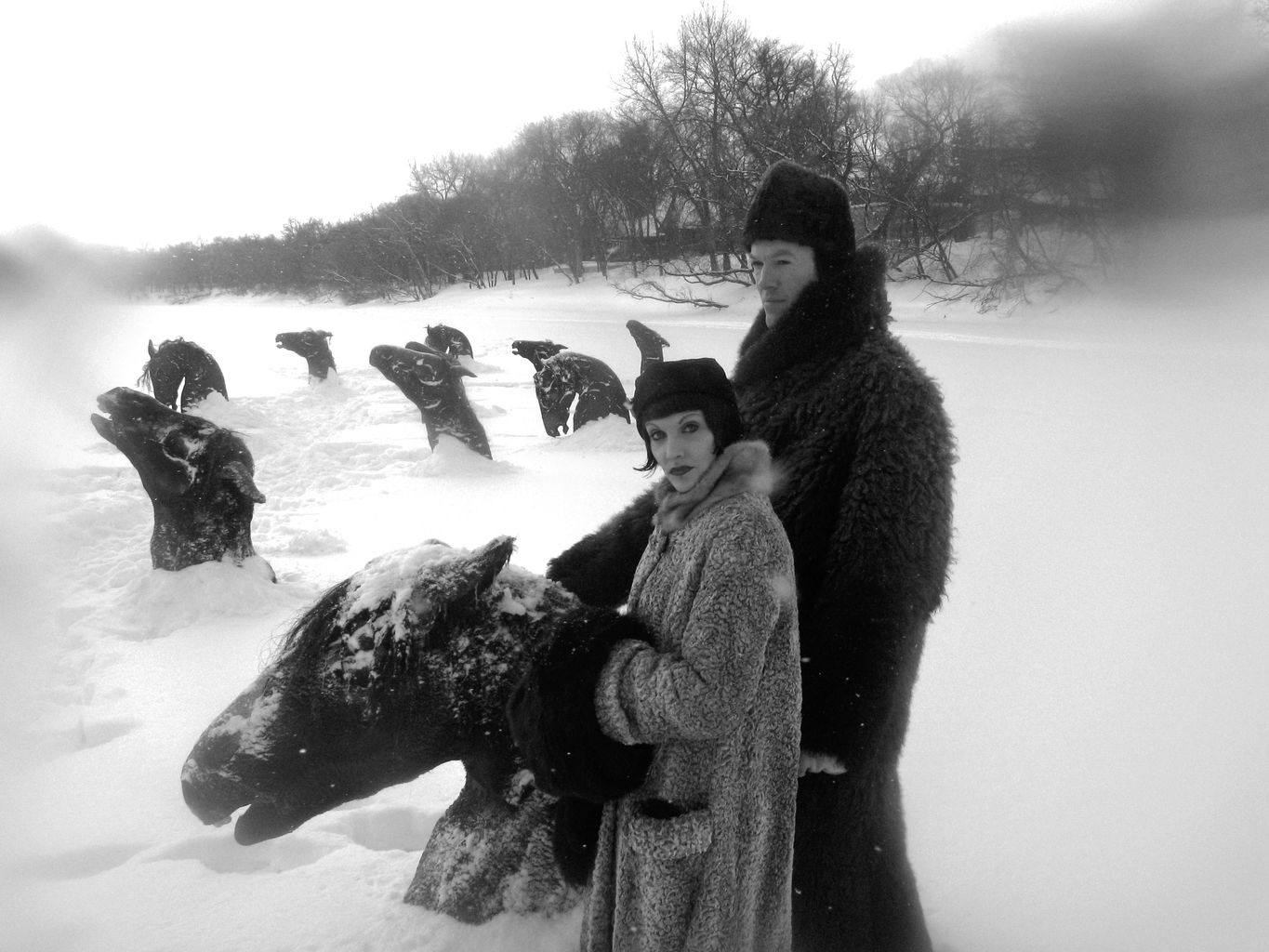 Wait, MY WINNIPEG is a documentary? You mean all the stuff about horses freezing in the river and becoming a major attraction for strolling lovers, and the law requiring that former homeowners be permitted entry into their old abodes for the night, not to mention the rooftop homeless community and the faux Nazi invasion, all that stuff is real? Yup, the director swears it. But then again, the director is Guy Maddin, he of the dream-state narrative and the retro shooting style, the man who has made a virtue of taking incredible notions and making them feel as if they’d always been part of the landscape. Tapping pasts both personal and municipal, wrapping them in a Mobius strip fantasy about an endlessly thwarted, train-bound escape from the city of his youth, the director has created a factual film that feels no less incredible than his most surreal efforts. Cinefantastique Online’s Dan Persons had a chance to sit down with the director: END_OF_DOCUMENT_TOKEN_TO_BE_REPLACED

BRAND UPON THE BRAIN, Guy Maddin