With THE NIGHTMARE BEFORE CHRISTMAS, Disney succeeded in extending the holiday film season from the beginning of November to the end of the year. Now, DreamWorks has upped the ante with RISE OF THE GUARDIANS, a CG animated, 3D fantasy that not only has a burly, Slavic Santa (Alec Baldwin) heading up a team of dedicated fantasy icons charged with protecting the innocence and wonder of children, but also extends the market into spring by adding the Easter Bunny (Hugh Jackman) to the corps, and then covers the gaps with Jack Frost (Chris Pine), the Tooth Fairy (Isla Fisher), and a mute, but adorable, Sandman.
The film has an impressive pedigree, with Guillermo del Toro as producer and a scenario loosely based on William Joyce’s Guardians of Childhood chapter books. To discover how loosely, we invited beabetterbooktalker.com‘s Andrea Lipinski to give us background on the movie’s literary roots, and to join Cinefantastique Online’s Steve Biodrowski and Dan Persons in determining if RISE rises (see what we did there?) to its self-imposed mission as champion of all that’s wonderful in genre film.
Then: Steve delivers his capsule review of the the-Commies-are-coming, domestic warfare fantasy RED DAWN; plus, what’s coming to theaters next week.


What can we say? There were no new genre films being released to theaters this week, and Steve and Larry had schedules that prevented them from syncing up for a planned discussion of TWILIGHT ZONE episodes (we’ll try to do that at some other point).
So, instead, Dan sat down with his trusty microphone and a stack o’ news, and brings you up-to-date on what happened in genre in the past week and what’s coming to theaters and home video in the coming week.
Everything will be back to normal next week (relatively speaking). Until then, click on the player, and enjoy!

Don't Be Afraid of the Dark: Cinefantastique Spotlight Podcast 2:33.1


DON’T BE AFRAID OF THE DARK, the title urges, but you know they’re lying. There are things hiding in the dark, little things, nasty things, things that want nothing better than to drag you down, down to the caverns where they dwell in order to, well, let’s just say you won’t need your library card anymore. Director Guillermo del Toro was so transfixed as child by the original telemovie that he re-wrote the tale with frequent partner Matthew Robbins, brought in comics-artist Troy Nixey to direct, and unleashed the darkness-loving creepies on estranged father Guy Pearce, conflicted girlfriend Katie Holmes, and most especially Bailee Madison as the young girl the demons most desperately covet.
Join Cinefantastique Online’s Steve Biodrowski, Lawrence French, and Dan Persons as they explore how the story survives the updating, consider whether the chills outweigh the plot holes, and discuss why, after all these years, people still don’t realize that when disembodied voices start whispering to you the dark, it’s time to GET THE HELL OUT OF THE HOUSE.
Also: Guillermo del Toro imparts some thoughts on the importance of storytelling; and what’s coming in theaters and home video.


Guillermo del Toro says that, as a kid, he harbored great affection for the TV-movie version of DON’T BE AFRAID OF THE DARK, enough so that he and his friends used to creep each other out merely by whispering the name, “Salllllleeeee.” The years have passed and audiences have (maybe) become more sophisticated, but the new version of the film, co-written and co-produced by del Toro and directed by comics artist Troy Nixey in his feature film debut, clearly demonstrates that there’s still room in the hearts of horror fans for a flick that worms its way into your brain with evocative atmosphere, and a story that has a young girl (Bailee Madison) ignored by her father and his girlfriend (Guy Pearce, Katie Holmes) and beset by little creatures who just plain want her.

Because of Hurrican Irene, we’re forsaking the usual production values to bring you my interview with Nixey as fast (and easily) as possible. Click on the player to hear the chat.


It’s another weekly round-up of news, events and reviews at the Cinefantastique Round Table Podcast. This week, Lawrence French and Steve Biodrowski hold down the fort without the missing-in-action Dan Persons (who will return soon), giving their reaction to the news that Guillermo Del Toro has (temporarily, at least) abandoned AT THE MOUNTAINS OF MADNESS for PACIFIC RIM and also offering insights and commentary on the week’s other big stories, including a discussion of how real-life disasters, such as the recent tsunami in Japan, provide a grim context that inflects one’s perception of “fantasy” films. Also on the agenda: capsule comments on two new theatrical releases, apparently at polar opposites of the cinematic spectrum in terms of popular appeal and artistic inspirations, but both offering moody, atmospheric portraits of Gothic Romance, RED RIDING HOOD and JANE EYRE.

Legendary Pictures announced that Guillermo del Toro is directing the company’s upcoming feature PACIFIC RIM,  which they confirm as his next film.

The film has already entered pre-production and will begin principal photography in September 2011.
PACIFIC RIM will be released during summer 2013 and will be produced by Thomas Tull and Jon Jashni for Legendary Pictures and Guillermo del Toro.
Stated Guillermo del Toro: “We started developing PACIFIC  RIM a while ago with the mad passion and enthusiasm of a project unwatched and unchecked by politics or comparisons. We designed and shepherded the movie we want to make.
We start shooting in September and we hit the ground running because we are so in sync. My partnership with Legendary represents, both in scale and creative demands, a huge step forward for me.”

PACIFIC RIM was wriiten by Travis Beacham (CLASH OF THE TITANS, 2010) and reportedly features giant creatures that attack the Earth.

According to Deadline.com , Guillermo del Toro may have to leave his AT THE MOUNTAINS OF MADNESS project in favor of another production.
Frustrated with delays from Universal on greenlighting the big budget version of the H.P. Lovecraft novel-inspired movie, Del Toro may move on to Legendary Pictures PACIFIC RIM, a giant monster feature written by Travis Beacham (CLASH OF THE TITANS).
Despite James Cameron’s interest in producing the film, and Tom Cruise’s tentative agreement to star, Universal has been understandably hestiant to commit to a $150 Million dollar, R-rated Lovecraftian sci-fi/horror/adventure film. They’ve apparently been trying to get the movie scaled back in terms of budget and probable audience rating.
(This must be due to the script, as there is nothing in the original material that would call for an R-rating. Lovecraft was a fairly bloodless writer. His horrors were mainly disturbing conceptually, rather than viscerally.)
According to the article, if  Guillermo del Toro doesn’t hear back from Universal by the end of today, he will go with Legendary Pictures, and try to go back to MOUNTAINS OF MADNESS after completing PACIFIC RIM — possibly at another studio.
UPDATED: Guillermo del Toro’s next film project will be PACIFIC RIM.  At Deadline , he indicated he’d like to return to the Lovecraft project, down the road. He said:

“Frankly, I think we’ve come so close with Mountains that to me it’s an indicator of the great possibility we will get to make it, as soon as possible. As long as the idea stays fresh and no one beats me to it, in terms of the origins of the monsters, the scope and the aspect of Antarctica where these creatures are discovered, I will continue to press forward. I’m knocking on wood.
I have great partners in Jim Cameron and Lightstorm, and Don Murphy and Susan Montford, great partners in this adventure who are not giving up and not letting me give up.” 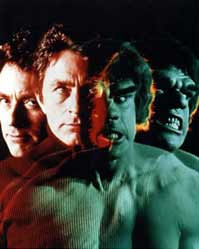 'Don't Be Afraid of the Dark' Remake Delayed


Deadline.com reports that the sale of Mirmax from Disney to Colony Captial’s Filmyard will delay the feature-film remake/reboot of the harrowing 1970’s TV  movie DON’T BE AFRAID OF THE DARK.
Scheduled to be released in January of 2011, the slow-moving  studio sale and transfer of assets has postponed the supernatural film and the thriller THE DEBT from their planned releases.
No new time-table has been set, and likely will not be until after the deal is finalized sometime early next year.
Guillermo Del Toro and Matthew Robbins (MIMIC) based their screenplay for the new version on the original Nigel McKeand penned teleplay. DON”T BE AFRAID OF THE DARK is directed by Troy Nixie, starring Guy Pearce (MEMENTO) and Katie Holmes (BATMAN BEGINS).
October 12, 2010

At The Mountains of Madness -Script Leak

A very disturbing report from the Temple of Ghoul blog indicates that a leaked draft of the script to Guillermo del Toro’s planned film version of H. P. Lovecraft’s At The Mountains of Madness  has turned the slow-building novel of cosmic horror and humbling revelation of man’s place in the universe into a violent, action-adventure monster fest.
Dejan Ognjanović wrote “…It feels like a HELLBOY movie without Hellboy, with a light dose of Carpenter’s THE THING.”
The THING comparsion is to be expected, as many readers (myself included) have felt that John W. Campbell’s Who Goes There (the basis of THE THING), was inspired by Lovecraft’s tale, as his example of how to tell that kind of story properly.
At The Mountains of Madness’s 1936 serialization was very controversial among science fiction fans of the period, and Campbell — who would later become editor of ASTOUNDNG STORIES and the fantasy magazine UNKNOWN— would specifically prohibit stories in Lovecraft’s style.
Apparently, the script for AT THE MOUNTAINS OF MADNESS updates the era of the story of to the 1930’s, with a frame taking place in 1939.   One of the survivors of the first 1930 expedition tries to dissuade the leader of a new Antarctic expedition from returning to the site, and we flashback to the meat of the tale. This does in fact mirror the structure of the original.
However. in this script the discovery of the Elder Things, which we learn were the rulers of Earth in the primeval past is not the focus. Instead, their servants, the protoplasmic shoggoths, take center stage. They fill the place of the shape-shifting, self replicating alien of John W. Campbell’s story. Rampaging monsters and bloody mayhem escalate the horror quotient, building to a climax that reportedly includes the appearance of a Cthulhu-like minor Mythos diety (and identified as Cthulhu itself in the draft Ognjanović  read).
Guillermo del Toro’s description that his version of the film needed to be R-rated was a warning sign, as there’s really nothing in the Lovecraft original that would be likely to garner more than a PG-13.

This script might make an interesting sci-fi/horror thriller, but it’s sure not anything  old HPL would have approved. Why adapt a classic of the genre if you have no intention of following the spirit of the story? Why not just make your own film “inspired” by the works of H.P. Lovecraft?
Perhaps the fact that there’s a “prequel’ to THE THING already in the pipeline might cause the filmmakers (including James Cameron as a producer) to give more thought to the emphasis and nature of the film. Who needs two shape-shifting alien menaces in a frozen setting competing with each other? It’s likely to give the public the feeling that AT THE MOUNTAINS OF MADNESS is the copy, rather than the original.