The Cinefantastique Spotlight Podcast, Volume 5, Number 27 explores the dystopian horrors of THE PURGE: ANARCHY. This sequel takes the premise of THE PURGE (2013) and plays it out on a larger canvas, exploring territory that the original only suggested. Is that enough to satisfy those frustrated by THE PURGE’s home invasion scenario? Listen in to find out, as podcasters Lawrence French and Steve Biodrowski debate the merits of debate the merits of vicariously purging your anti-social tendencies by watching this moviefrom Blumhouse Productions and Michael Bay’s Platinum Dunes. 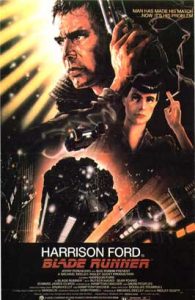 Producer-director Stanley Kubrick’s adaptation of the Anthony Burgess novel is a strangely overwhelming experience–at time contemptible, and yet always valid in its sardonic outlook. We`re forced to identify with a young, violent droog, Alex DeLarge (Malcolm McDowell) as he rapes, brutalizes, and murders; after an experimental treatment conditions him to become violently ill at the mere thought of sex or violence, his karma is leveled as, one by one, those he wronged have their chance at revenge. The sick joke of the movie is that everyone else, indeed the very state itself, is as morally corrupt as our `friend and humble narrator.` Burgess`s point was that destroying someone`s free will, his ability to make moral choices, was as immoral as anything Alex did; in the novel (at least in England, where its last chapter was not shorn off), Alex eventually outgrows his youthful penchant for violence and finds himself aware of a desire to settle down. For Kubrick, life moves in cycles, endlessly repeating; thus the film ends with Alex returned to his previous state, presumably ready to embark on another spree as soon as he`s released from hospital (`I was cured all right`). A cynical film, without redeeming characters, and yet it makes its point. END_OF_DOCUMENT_TOKEN_TO_BE_REPLACED