Tuesday, August 17 sees the arrival on home video of a handful of horror, fantasy, and science fiction titles. DEXTER: SEASON FOUR, which reported represents a return to form for America’s favorite serial killer, becomes available on DVD and Blu-ray; plus, there is a box set featuring all four seasons of the Showtime series. FURRY VENGEANCE, the painfully unfunny comedy about forest animals protecting their environment from being developed by Brendan Fraser, can be rented or purchased via Video on Demand; it is also available on DVD and as part of a Blu-ray and DVD combo set. THE LOST SKELETON RETURNS AGAIN is the second sequel to THE LOST SKELETON OF CADAVRA – an attempt to make a deliberately bad movie a la PLAN NINE FROM OUTER SPACE. As if that were not enough, the SKELETON folks offer up DARK AND STORY NIGHT, a spoof of old dark house movies.
So much for new titles. For the budget-minded among us, there are four DVD sets offering older titles compiled together. 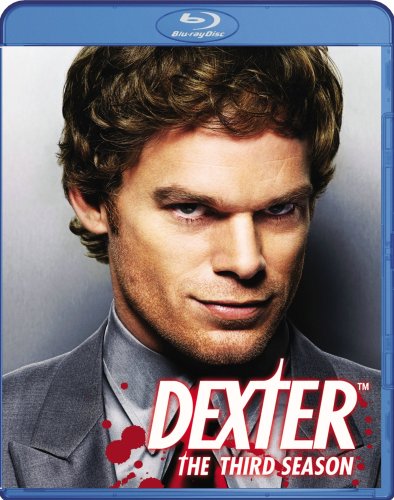 Today is the sort of day when fans looking for science fiction, fantasy, and horror films on home video must be content with borderline releases. THE CURIOUS CASE OF BENJAMIN BUTTON is based around a fanciful conceit, but the film uses it as a means of getting a new perspective on the same old human condition. Showtime’s DEXTER, being about the exploits of somewhat sympathetic serial killer, is part drama and part crime drama, but it traffics in horrific details. And TWILIGHT – coming out on Blu-ray after a previous DVD release – uses its vampires not for horror but teen romance.


THE CURIOUS CASE OF BENJAMIN BUTTON is such obvious Oscar-bait (it earned a ton of nominations) that it is tempting to reject it in a knee-jerk fashion, and the temptation is increased by a weakness in the screenplay, which overemphasizes the appearance of age rather than the fact of it: the title character (Brad Pitt) grows young instead of old, but the effect is seen mostly in his face, not in his behavior, so the film seems to be saying that, no matter how much he has in common with the woman he loves (who is in fact only a few years younger than he), a relationship is unsustainable because they don’t look the same age. In spite of this, Eric Roth’s screenplay must be described as “rich” – rich in character, events, and dialogue that convey the sweep and breadth of life. Ultimately, one should read Benjamin’s condition not as something literal, but as a dramatic device that provides a different perspective, allowing us to look at ordinary events – events that might even be typical and common – and see them in a new light, with renewed warmth and appreciation. This film succeeds so well at this that one is forced to forgive it for not dealing with Benjamin’s condition in a more sophisticated manner; you simply have to accept that he is our eye upon the world – not a real character or a believable one but a fictional construct who serves his purpose well. The film is being released in three versions: single-disc DVD, double-disc DVD, and Blu-ray disc.

DEXTER is an excellent series about an unlikely subject: a serial killer working as a blood specialist for a police forensics unit. The title character has been taught by his late father to channel his homicidal urges into tracking down killers who escape the legal system, making him a sort of vigilante – which helps make him sympathetic to the audience. The first two seasons are already available on DVD, and Season One came out on Blu-ray earlier this year. Today sees the release of the Complete Second Season on Blu-ray, which is reviewed here.

TWILIGHT was the big sleeper success last year, even though it was mediocre film-making at best. It reached DVD on March 17, and now it is out on Blu-ray in four variations: a single disc, a double disc, and alimited edition Ultimate Collector’s Gift Set (which, like the previous DVD Ultimate Collector’s set, includes a soundtrack CD, a jewelry box, a watch, a charm bracelet, six glossy photo cards, a bookmark, and a certificate of authenticity. The Blu-ray disc is in widescreen, with audio commentary by Catherine Hardwicke, Kristen Stewart, and Robert Pattinson. Bonus features include three music videos, five extended scenes with director introductions, five deleted scenes with director introductions, a seven-part documentary, a Comic-Con fandom piece, a Comic-Con NY “sizzle reel,” three trailers, and a “New Moon” teaser.
The week’s other science fiction, fantasy, and horror home video releases include Season 1 of Gene Roddenberry’s EARTH: FINAL CONFLICT and two DR. WHO titles: BATTLEFIELD EARTH (Episode 156) with Sylvester McCoy as the Time Lord, and a set containing the “E-Space Trilogy” (FULL CIRCLE, STATE OF DECAY, and WARRIORS GATE – Episodes 112-114), starring Tom Baker in the title role.
One final title worth mentioning is ENCHANTED APRIL. It’s not really fantasy, although one character appears to be psychic (judging from a few fairly accurate premonitions); rather, as the title implies, the film maintains a wonderfully enchanted tone that conveys the feeling of a charming fairy tale, even though the story is actually a realistic romantic comedy-drama.
[serialposts] 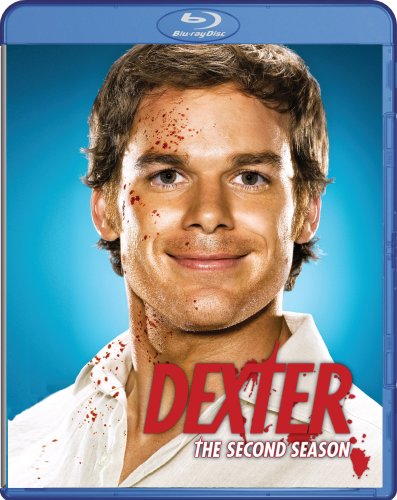