GANTZ, a live-action Japanese feature event, is making its world premiere in 325 movie theaters in an exclusive one-night Fathom event on Thursday, January 20th, 2011 at 8:00 p.m. ET / 7:00 p.m. CT / 6:00 p.m. MT / 8:30 p.m. PT (tape delayed). Following the feature, GANTZ’s two leading actors, Kazunari Ninomiya (Letters from Iwo Jima) and Kenichi Matsuyama (Death Note, Detroit Metal City) will participate in an exclusive live interview that can only be seen at this event.
Tickets are available at participating theater box offices and online at www.FathomEvents.com. For a complete list of theater locations and prices, please visit the web site (theaters and participants are subject to change).
Presented by NCM Fathom and NEW PEOPLE, in association with Dark Horse Comics, GANTZ (English dubbed) tells the story of childhood friends Kei Kurono and Masaru Kato who are accidentally killed while trying to save another man’s life. Rather than find themselves in the hereafter, however, they awaken in a strange apartment in which they find a mysterious black orb they come to know as “GANTZ.” Along with similar abductees, they are provided with equipment and weaponry and manipulated into playing a kind of game in which they are sent back out to the greater world to do battle with alien beings, all while never quite knowing whether this game is an illusion or their new reality. 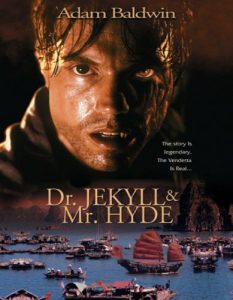