It’s official: We have definitively hit our late-summer low-point with the release of KICK-ASS 2. The sequel nobody asked for to a film that wasn’t anyone’s notion of cinematic excellence to begin with, KA2 takes us back to a New York where a lowly high-schooler (Aaron Taylor-Johnson) strives for something better in life by becoming a self-appointed super hero. This go-around he’s aided by an entire crime-fighting underground headed by Jim Carrey (acquitting himself nicely despite his subsequent disavowals), and is saddled with an arch-nemesis in the form of the former Red Mist (Christopher Mintz-Plasse), now calling himself… wait for it… the Motherfucker. Hit Girl (Chloe Grace Moretz), meanwhile, hangs up her cape and finds herself in the midst of a HEATHERS subplot, none too convincingly. It’s two hours in which inept comedy butts up against explicit violence, and no one, not heroes, villains, nor the audience, emerges unscathed.
Cinefantastique Online’s Steve Biodrowski, Lawrence French, and Dan Persons get together to tend to their wounds, and engage in a cathartic discussion of the myriad ways this uninspired follow-up fails in even its most modest ambitions. Let the healing begin. And the KICK-ASS franchise stop… please. PLUS: What’s coming to theaters next week.


Oregon’s Laika stop-motion studio is kind-of making a name for itself as the go-to guys for family-friendly fantasies that mix the scary and the funny in perfect proportion. In their latest, PARANORMAN, a young boy with gift for seeing the various and sundry spirits that are haunting his small, New England town is saddled with the responsibility of saving his neighbors from a centuries-old witch’s curse. For the kid, that’ll mean confrontations with kibitzing ghosts, lumbering zombies, and a vast, ominous, and all-destroying cloud of malevolence. For the audience, it means a supremely stunning and innovative foray into 3D animation, and a fitting follow-up to the studio’s CORALINE.
At this point, it stands as my favorite animated film of the year, and I was excited to get a chance to talk with its directors, Sam Fell and Chris Butler. Click on the player button to hear the conversation.

There goes the neighborhood. Charismatically feral vampire Jerry (Colin Farrell) moves into a struggling Las Vegas suburb, and it’s up to teen lovers Charley (Anton Yelchin) and Amy (Imogen Poots) to keep property values from seriously bottoming out by curtailing his ongoing recruitment campaign. Enter indifferent magician Peter Vincent (David Tennant) and screenwriter Marti Noxon (BUFFY THE VAMPIRE SLAYER) and you’ve got FRIGHT NIGHT, a retelling of the 1985 tongue-in-cheek mini-classic, modernized with CG effects and goosed with 3D gimmicks. Special guest Judith Furnari joins Cinefantastique Online’s Steve Biodrowski, Lawrence French, and Dan Persons (yes, the band is back together!) as they explore whether the outer reaches of Las Vegas carry more than a little whiff of Sunnydale, and if this remake is worth the literal and figurative blood that was spilled in its making. 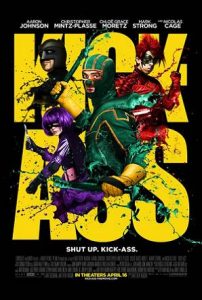