Joanna Cassidy’s acting career has been long and diverse, encompassing a bit part in BULLITT, trading barbs with Dabney Coleman on BUFFALO BILL, and presently playing the overbearing mother of Dana Delany on BODY OF PROOF. But for most genre fans, she will always be Zhora, the snake-loving assassin/exotic dancer/replicant of BLADE RUNNER, as well as Delores, the sarcastic, rabbit-befriending barkeep of WHO FRAMED ROGER RABBIT.
I got to talk with Joanna for this career-spanning interview that includes a look at the complication on the set of BLADE and RABBIT, as well her role as T’Pol’s mother on STAR TREK: ENTERPRISE, and so much more. Click on the player to hear the show.

WHAT MIGHT HAVE BEEN: Snake Dance by Joanna Cassidy 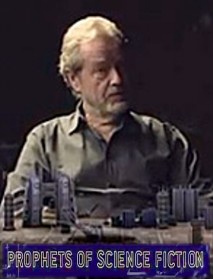 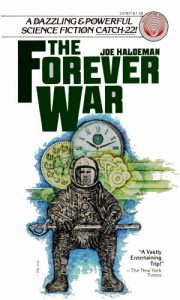 Over at AMCTV.com’s SciFi Scanner, John Scalzi explains “Why Hollywood Always, Always Gets the Future Wrong.” In reponse to a friend noting that the time setting of BLADE RUNNER is just around the corner but we still have no replicants, flying cop cars, or off-world colonies, Scalzi notes that cinematic science fiction has been notably inaccurate at predicting the future – no surprise there – but more interestingly, he points out that Hollywood is not even trying to predict accurately.
As Scalzi points out, science fiction films are really about the present. In his formula, the typical sci-fi scenario takes a present-day concern, extraploates it to an extreme, and combines it with some high-tech gadgetry so advanced that it might as well be magic. In the case of BLADE RUNNER, the concern is over-crowding and environmental disaster; the high-tech “magic” is the androids, flying cars, and space colonies.
Scalzi wraps up by pointing out that serious scientists, who presumably should have a better grasp of what’s coming tomorrow, have shown themselves no more proficient at predicting the future:

Everybody gets the future wrong. It’s not just Hollywood or science fiction writers. When it comes to the future, no one knows anything. At the close of the 19th century, British physicist Lord Kelvin declared heavier-than-air flight an impossibility (despite the existence of, you know, birds) and that radio was just a fad. In the ’70s, the president of Digital Equipment Corp. voiced doubts that anyone would ever need a personal computer. In 1995, scientist Cliff Stoll wrote in his book Silicon Snake Oil that the Internet wouldn’t really take off, in part because it could never replace newspapers or shopping malls.

It’s a fun piece, worth reading in its entirety.

Blade Runner on the big screen – The Final Cut

You can say what you like about Los Angeles, but we have Hollywood, which means we have the movies – and lots of movie-lovers to go with it; consequently, there are actually a handful of theatres, even in this era of home video, that continue to offer repertory and revival programming. This results in wonderful opportunities to re-experience movies on the big screen, where they were meant to be seen. A recent example of this is the “Final Cut” of BLADE RUNNER, which I recently saw at the New Beverly Cinema in L.A. Of course it was interesting to note how this (presumably last) version of the film stacked up against its predecessors, but I could have done that on DVD (or even, heaven forbid, on Netflix Instant Viewing). The real joy of the experience was once again seeing the sights of 2019 Los Angeles splayed out larger than life before my eyes, filling not only the screen but also my brain with an overwhelming rush of visual input that few films ever match. END_OF_DOCUMENT_TOKEN_TO_BE_REPLACED

Great news for fans of Ridley Scott: Starting Sunday, July 6, the New Beverly Cinema in Los Angeles will be screening a double bill of BLADE RUNNER: THE FINAL CUT and ALIEN: THE DIRECTOR’S CUT. Although both are out on DVD, these are films that really deserve to be seen on the big screen; this is an especially important chance to see the final cut of BLADE RUNNER in a theatre, since this version received only a token theatrical release last year before arriving on home video.
As an extra, added inducement, former Cinefantastique writer Paul M. Sammon will be in attendance at the 7:00pm Sunday screening of BLADE RUNNER. The author of Future Noir: The Making of Blade Runner (Harper) will discuss the film and answer questions from the audience. He will also bring along some behind-the-scene photos of the making of the film.
Showtimes:

I didn’t make it out to the San Diego Comic Con last week, but I heard it was great. Among many other things there was a panel for the long-awaited release of the Five-Disc Ultimate Collector’s Edition of BLADE RUNNER (which will be available on DVD, HD DVD, and Blu-ray). Harrison Ford and Daryll Hannah were no-shows (boo!), but director Ridley Scott and cast members Joe Turkel, Joanna Cassidy, Sean Young, and James Hong (“Seinfeld, party of four!”) were there. The enthusiastic response of the audience full of fans dwarfed that given to the other big panel put on by Warner Brothers, dedicated to the home video release of this year’s blockbuster, 300.
Word is that the “Final Cut” on this DVD will correct problems seen in previous versions (mismatched redubbing of lines, etc). One of the most glaring was the visible face of the stunt double for the death of Zhora when she plows through several panes of glass while being shot in the back. Scott apparently reshot the footage with actress Joanna Cassidy strapping on her old costume again. END_OF_DOCUMENT_TOKEN_TO_BE_REPLACED