It’s a funny ol’ thing: Guess the studios figured that after the tension of all those family reunions last week, audiences would need to vent some of that sublimated hostility. So this week, depending on where you live, you could spend time with a sadistic murderer with a penchant for elaborate death traps in THE COLLECTION, or with a sadistic murderer with a penchant for weeding out who’s been naughty and who’s been nice in the Xmas-themed SILENT NIGHT.
And if neither of those openings quite fit your taste, well, you’re probably not alone. So after quickly giving their impressions of this week’s two (relatively) big openings, Cinefantastique Online’s Steve Biodrowski, Lawrence French, and Dan Persons round up some more-desirable, and some less-desirable, holiday-themed horror films to feed your winter-depression-fueled blood lust. Among the titles discussed: GREMLINS, JACK FROST, BLACK CHRISTMAS, and the off-kilter Finnish film, RARE EXPORTS.
Then, Larry gives his quick impression of HITCHCOCK, and Dan briefly reviews the fanciful new Hong Kong martial arts film, DRAGON. Plus: What’s coming to theaters next week. Oh, who are we kidding? Nothing’s coming to theaters next week. Save up that energy for THE HOBBIT.

[NOTE: Today, the Weinstein Company is releasing a DVD double bill that includes two disappointing remakes: BLACK CHRISTMAS and PULSE. With that in mind, we offer this review of the unrated BLACK CHRISTAMS DVD.] This ill-conceived remake takes the premise of the effective original and turns it into a routine gorefest. The 1974 version of BLACK CHRISTMAS, which predates HALLOWEEN by four years, is the true grandfather of the ’70s slasher craze, with the presence of its unseen serial killer suggested through the use of a subjective camera stalking a group of sorority sisters during the holiday season. Not content simply to redo what worked before, writer-director Glen Morgan throws in bits and pieces of other films, creating a mismatched quilt that ultimately falls to pieces; then he tries to hide the ripped seams beneath a bucket-full of blood. The result is a tedious film that seldom scares, the eruptions of grue serving simply to remind you of how desperate the film is to achieve its horror.
Perhaps the biggest strength of the first BLACK CHRISTMAS was the mystery surrounding its killer, whose identity is never revealed (although his name seems to be Billy, based on the disturbing obscene phone calls he makes throughout the movie). The remake commits the catastrophic mistake of showcasing a back-story for Billy, through an interminable series of flashbacks that bog down the first half of the film without telling us anything we really need to know.

By setting up a story in which Billy was institutionalized for killing family members years ago, then escapes on the anniversary of his crimes to return home, Morgan turns BLACK CHRISTMAS into an inadvertent remake of HALLOWEEN. In effect, what was once original becomes a rehash of its own imitators. Morgan then compounds the problem by adding in bits of PSYCHO IV (the awful relationship between a boy and his mom that turns him into a killer) and even Dario Argento’s DEEP RED (Mom kills Dad at Christmas, which really freaks junior out).


But what really sinks the film is that it recycles the tired clichés of 1930s mystery movies. The new BLACK CHRISTMAS is a manipulative who-done-it wherein clues are kept deliberately vague and characters wear dark and sinister expressions like signs that read “SUSPECT ME!” Proving that no writer’s device is too old to be hauled out of the mothballs, the roads are closed by snow (of course), which prevents the police from arriving, but a new character unexpectedly pops up at a key moment, so that we will think she might be the killer. And just to keep the audience guessing (is she who she claims?), the last name on her driver’s license does not match her sister at the sorority house.
Of course, the sum total effect of this is almost zero, because we know the story is about a killer who recently escaped from his cell, which pretty much eliminates all the characters as suspects. The only question mark arises from the fact that the first murders occur before Billy’s escape, so we know there must be a second murderer. Since all those flashbacks tell us Billy had a sister, you don’t have to be Sherlock Holmes to figure out who the accomplice might be.
With its uninvolving mystery, BLACK CHRISTMAS relies on a series of gruesome deaths to generate whatever feeble horror it can manage. The gore is overdone and quite gratuitous (the killer for some reason enjoys raw eyeballs, though how that figures into the homicidal psychopathology is not clear). With little suspense, a cast of unlikable and mostly interchangeable characters, and a silly storyline (which illogically brings the killers back to life for a few more shocks in the final reel), the new BLACK CHRISTMAS ranks as one of the worst examples of a debased form. Viewers would be well advised to leave this Christmas present unwrapped.

Actress Andrea Martin, who appeared as one of the sorority sisters in the first BLACK CHRISTMAS, shows up in the remake as the house den mother. 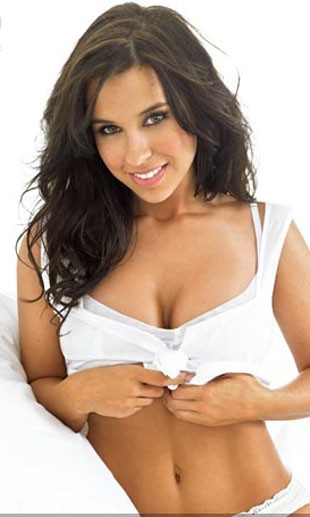 BLACK CHRISTMAS perpetuates the New Age myth that the Christian holiday of Christmas is simply a Roman holiday in disguise, citing mistletoe and Christmas trees as pagan symbols of seasonal rebirth. Even though one of the film’s characters is supposed to be a Christian believer, she does not bother to point out that the Romans were not celebrating the birth of the Messiah, nor that most of the traditional accoutrement’s of Christmas date more from the Victorian era, not from ancient Rome.
In one of the film’s more bizarre stretches of incredible illogic, one character insists that what Santa Claus does (sneaking into your house) is this is no different from what Billy has done. In a roomful of college students, no one is smart enough to point out that there is a considerable difference between leaving a lump of coal in a stocking, on the one hand, and, on the other hand, strangling someone to death and eating her eyeball.

The Alternate Endings suggest that a more low-key approach was originally intended; the successive version amp up the final reel violence, trying to end with a bigger bang:

“What Have You Done – The Remaking of BLACK CHRISTMAS” is a standard puff piece crafted to promote the 2006 theatrical release. The back-patting and self-congratulatory tone is a bit off-putting (taking the film to a “different level” or “another level” is a repeated talking point). There are interviews with writer-director Glen Morgan, his producer-partner James Wong, the cast, and Bob Clark, who produced and directed the original film. The featurette suffers from an absence of footage from the original, despite much discussion about its similarities to and differences from the remake. This featurette’s highlight has to be Andrea Martin’s brief but hilarious EXORCIST impersonation – an apparent spoof of the raspy voice heard in BLACK CHRISTMAS’s obscene phone calls.
“May All Your Christmases Be Black – A Filmmaker’s Journey” is the more interesting of the two featurettes: it gives some insight into why the film turned out so badly. Glen Morgan laments the box office failure of his first directorial effort, a remake of WILLARD starring Crispen Glover, and offers this as a justification for pandering to the gore crowd (“giving the people what they want”) in the hope of turning BLACK CHRISTMAS a box office hit. Even though he insists that BLACK CHRISTMAS is not a slasher film, he admits to including shock scenes that he himself would prefer not to use. The featurette then takes an unnecessarily extended detour to examine Dean Friss, the film’s male focus-puller who ended up cast as the female serial killer Agnes. The piece wraps up with Morgan informing us that he will be on “Filmmakers Death Row” if BLACK CHRISTMAS flops. The unpleasant implication is that we should buy tickets and/or DVDs to enable Morgan to go on making films, even though he admits that commercial considerations are forcing him to make movies in a way that he himself does not like. 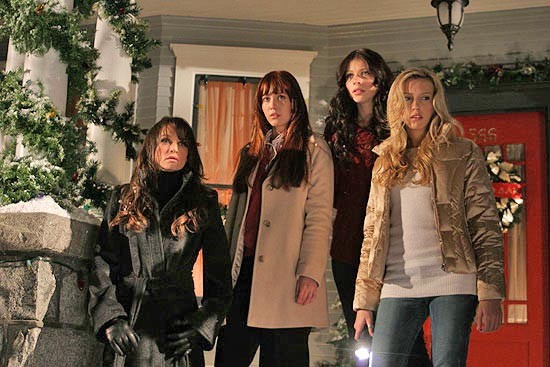