The beloved Nickelodeon animated series AVATAR: THE LAST AIRBENDER will officially be getting a sequel, according to Screen Rant. The spinoff, entitled THE LEGEND OF KORRA, will center around a waterbender named Korra who becomes the Avatar, the one person chosen from all the world to control the elements of Earth, Water, Fire, and Air. Created by original series masterminds Michael DiMartino and Bryan Konietzk, the new show will take place 70 years after the time of the original series, which ran three full seasons from 2005 to 2008.
After the death of Aang, the protagonist from the original series, Korra must learn the art of airbending from Aang’s son Tenzin. THE LEGEND OF KORRA is said to be aimed at a more mature audience. The show will open with an arc focused on an anti-bending movement taking place in Republic City, a new location unique to the new series.
Fans of the franchise will be glad to hear that their favorite characters from AVATAR: THE LAST AIRBENDER may make occasional appearances in flashback form, and what’s more, original series composer Jeremy Zuckerman is on board for the new show as well. It sounds like Nickelodeon wants to honor the wishes of the original series’ ultra-devoted fans and bring them another show in the same vein. One thing’s for sure: fans will be happy to know that this series will be completely devoid of any influence from M. Night Shyamalan. 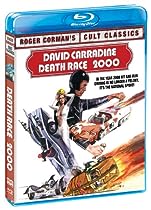 The folks over at Variety have the scoop that Noah Ringer has been cast in Jon Favreau’s (IRON MAN) next film; COWBOYS & ALIENS. Ringer is a relative unknown but after being given the lead role in AVATAR: THE LAST AIRBENDER by M. Night Shyamalan he will be staring in Favreau’s upcoming sci-fi/western hybrid.
COWBOYS & ALIENS is being adapted from the comic book of the same name which implies a rather simple ‘cowboys defend Earth from aliens story’ but in fact is something much more interesting. In the comics the twist is that the aliens end up invading the Old West and colonising the area just as the real life settlers did to the Native Americans. It definitely sounds like an promising concept and one that’s in safe hands with Favreau on board to direct. It’s not clear what role Ringer will be playing yet but he’ll be joining a impressive cast that already includes Harrison Ford (INDIANA JONES, STAR WARS) and Daniel Craig (CASINO ROYALE, LAYER CAKE).
COWBOYS & ALIENS is set for release on the 29th of July, 2011.