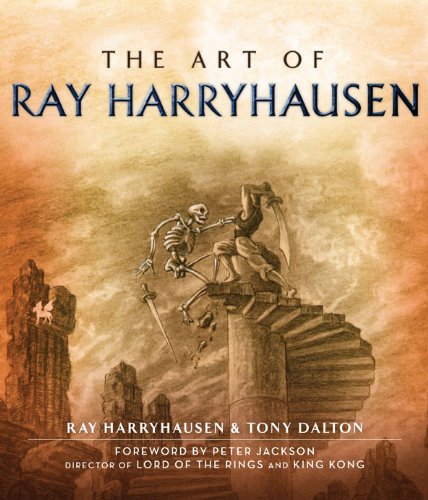 Ray Harryhausen’s epic s-f fantasy film, EARTH VS THE FLYING SAUCERS saw him destroy the White House and other sacred American monuments in Washington, D.C. during those long and dreary McCarthy era-years. It has been re-issued and restored in a colorized version on Columbia DVD, just in time to remind us that our own McCarthy era will last another year, until there is a new occupant in the White House.
Ray Harryhausen will be celebrated by the Art Directors Guild at a gala tribute on Feb. 16 at the Beverly Hilton Hotel, where he will receive an honorary outstanding contribution to cinematic Imagery award from the Art directors guild of America.
It’s notable that previous Guild recipients of this award have all been directors. They include, Steven Spielberg, Terry Gilliam, Zhang Yimou, Clint Eastwood, Blake Edwards, Robert Wise, Frank Oz, Norman Jewison and John Lasseter.
Ray Harryhausen is the first special effects artist to receive this award, and probably the first recipient to actually have acted as an art director on all of his films, as can be attested by his storyboards, drawings and paintings on view in his book, The Art of Ray Harryhausen.
While in California, Mr. Harryhausen will be making several personal appearances in February. You can find a listing dates and locations, along with part two of my interview with Ray Harryhausen, below the fold.
RAY HARRYHAUSEN APPEARANCES 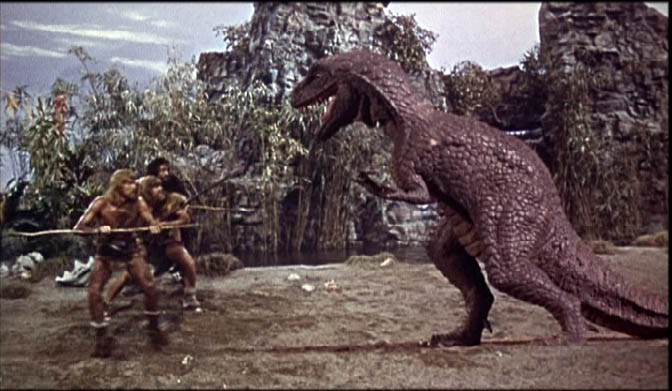 LAWRENCE FRENCH: After doing The Animal World you didn’t work with dinosaurs again until you made One Million Years, B. C. for Hammer. Before that, did you ever try to get Charles Schneer interested in making a dinosaur film?
RAY HARRYHAUSEN: No, because we were always doing pictures with very tight budgets. We were able to get a better budget from Hammer for One Millions Years, B.C. That was their 100th anniversary movie and they spent a little more money than they usually did. We went on location to the Canary Islands, shooting mostly on Lanzarote, which had many bleak and desolate landscapes that were made of pure volcanic rock. They lent themselves quite well to re-creating the landscapes of a prehistoric world.
[serialposts]

2 Replies to “The Art of Ray Harryhausen: Interview Part 2”