Should horror, fantasy and science fiction fans with large DVD collections upgrade to Blu-ray? Read on for the experience of one DVD hold-out who finally made the change.

Last week I finally broke down and brought a Blu-ray player. Being a late adopter of new technology, I had put off this purchase as long as possible. I was happy with the DVD format and with the Roku box that allows me to stream Netflix movies instantly onto my 50-inch high-definition television. I knew that Blu-ray offered improved picture quality, and that it would even upgrade the look of my old DVDs, but I wasn’t sure the improvement was worth the money, especially when product reviews suggested that low-end, affordable players were not reliable; for the money, an upgrade DVD player sounded like a more reasonable alternative.  And so I sat, poised on the cusp of indecision, until the home video industry forced my hand. 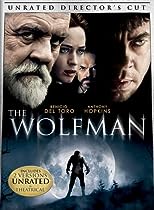 Why do I say forced? Because, with increasing frequency, DVDs are being released without bonus features that are available on Blu-ray. I’m not talking about features that are possible only with the Blu-ray format, such as picture-in-picture and BD Live; I’m talking about material that once would have been a no-brainer for inclusion on a DVD, such as the alternate endings and behind-the-scenes featurettes that were included on Universal Pictures’ Blu-ray release of THE WOLF MAN but not on the DVD (unless you purchased the two-disc DVD available only as an in-store offer at Best Buy).
Even worse, we are seeing more and more examples of DVDs being released without any bonus features at all, a move that seems deliberately designed to drive the format out of existence. Why purchase a bare-bones DVD of SHERLOCK HOLMES or SHUTTER ISLAND when you could get the Blu-ray with all the extras? (Perhaps these DVDs still appeal to casual viewers who want only to rent, but without bonus features there is no advantage to opting for the disc instead of watching the films via Video on Demand.)
So, when I had an opportunity to get an advance review copy of the new Blu-ray disc for JAMES AND THE GIANT PEACH, I decided it was time to leave the past behind and boldly embrace the future. After checking out prices and reading some reviews, I opted for the new Insignia Blu-ray Disc Player (model NS-WBRDVD), which offers built-in Wi-Fi connectability to the Internet.
Insignia is the in-store brand for Best Buy; its purpose is to offer good value for customers who do not want – or cannot afford – to go top of the line. My high-def television is Insignia, and it has provided extremely satisfying results for a price that no other brand could match, so I felt confident in selecting their Blu-ray player. Although many reviews warn against going economical when choosing this particular piece of technology, the previous Insignia Blu-ray player (model NS-2BRDVD) had a good reputation; the newer model added wireless capability and, on sale, was available for almost the same price ($129, marked down from $179).
Now, at last we get to the point of this little rumination, answering the question that all you other DVD hold-outs are asking: Was the purchase worth the price? Yes, with one caveat, related not to the disc functionality but to the alleged wireless capability. But we’ll get to that in a minute.
When I popped the Blu-ray disc of JAMES AND THE GIANT PEACH into the machine, I saw graphics and images that looked every bit as clear and beautiful as the displays you see in the electronics sections of stores eager to lure you into adopting the Blu-ray format. That was more or less expected, but it’s always good to see expectation met and even exceeded.


Since I was not planning to run out and buy a casket-full of Blu-ray discs, the  factor that would immediately determine whether the new player was worth the money was whether or not it would improve the look of my old DVDs. To answer this, I selected my standard test subject: Hammer Films’ THE EVIL OF FRANKENSTEIN (1963), available on the Hammer Horror Series DVD box set. One of many colorful horror films starring the late Peter Cushing as the brilliant Baron, THE EVIL OF FRANKENSTEIN is far from the best in the series, but it has at least one stand-out sequence: a lengthy flashback, almost totally without dialogue, in which we see Frankenstein bring his creature to life.
The highly visual sequence, filled with impressive sets, props, and special effects (all carefully captured by the graceful camera of director Freddie Francis), is the one I use to judge any new piece of home video equipment; I previously played it on my first large screen television and again when that technological dinosaur was replaced by the current high-def widescreen set. Would the EVIL OF FRANKENSTEIN DVD look even better with its standard-definition signal upgraded by the Blu-ray player to suit the high-definition monitor?
Unless my eyes deceive me, the answer is an unqualified yes. This DVD release was roundly criticized when it came out, from compressing two movies per side onto a double-sided disc, yet I have always found the results pleasing to watch, probably because the films themselves looked so good, with that slightly artificial sheen to the color and sets that leaves “realism” somewhat beside the point. On the new Blu-ray player, THE EVIL OF FRANKENSTEIN looked slightly better than before – a rich, beautiful experience that does not leave one unsatisfied. (And a good thing, too – because the film is not available on Blu-ray, so this is the best the movie is going to look for the foreseeable future.)

After THE EVIL OF FRANKENSTEIN, I next tried out the final chapter stop from the limited edition THX-Mastered DVD of SUSPIRIA. I chose this particular disc because Dario Argento’s 1977 film has long been noted for its striking visuals; even more important, the disc itself includes a series of tests to calibrate your television set to recreate the colors and tones of the theatrical version. With this kind of exactitude, the SUSPIRIA DVD seemed like another perfect test for the capacity of the Blu-ray player to upgrade the signal for a high-def television.
Again, the results were extremely satisfying. The widescreen image (slightly letterboxed, even on a widescreen monitor) betrayed traces of film grain – about the only detail marring an otherwise splendid image. The highly artificial colors came through loud and clear, practically popping off the screen, with a clarity beyond what had previously been delivered by the old DVD player. Even my wife, no fan of the film’s over-the-top violence, volunteered that the picture quality was “beautiful.”
Of course, the DVD is still no match for a Blu-ray disc, and I”m sure a SUSPRIRIA Blu-ray would look even better; nevertheless, the improvement in the DVD image is noticeable, and I think anyone sitting on the fencepost about whether to upgrade really should consider this. If you’re like me, you hesitate, thinking you don’t want to replace all your old DVDs with new Blu-ray discs – but even if you hold onto those old discs, they will look better, especially on a plasma TV, whose deep blacks are suited for cinematic visuals (as opposed to LCD TVs, which reportedly are better suited to sports broadcasts).

This consideration is especially important for Cinefantastique readers. Horror, fantasy, and science fiction films offer opportunities for visual extravagance far beyond the levels seen in most non-genre films. Does it really make much difference whether you see THE BLIND SIDE or 12 ANGRY MEN in high-def – maybe, but not as much as seeing AVATAR, STAR TREK, BLADE RUNNER, or LORD OF THE RINGS.
The next big question is whether or not you will eventually opt to replace your DVD collection. My first impression is that I’m in no hurry. Although Blu-ray has the capacity to deliver a much better image, you do have to contend with the picture quality of the original source: I’m sure that old movies shot in formats like 70mm or Super Panavision (such as 2001: A SPACE ODYSSEY) will look much improved on Blu-ray, but I’m not sure that some old exploitation opus with grainy cinematography will benefit from a Blu-ray transfer – short of a complete digital restoration. For the time being I am content to hold onto the DVDs, but I will finally get around to replacing the still lingering laserdisc collection.
So, would I recommend the Insignia Blu-ray player? Well, that depends on the one caveat I mentioned earlier: although I purchased the unit to replace both my DVD player and the Roku box, I have not yet been able to get the wireless functionality to function, which means I cannot use the Insignia player to stream Netflix Instant Movies (or any other video on demand service). Judging from a search around the Internet, I am far from the only one to suffer this problem. I have no doubt that there is a way to overcome this obstacle (if worse came to worse, I could hook the Blu-ray player to the Internet by an Ethernet cable); but frankly, overcoming an obstacle should not even be a consideration when paying $129 for a brand-new piece of technology. My old Roku box cost $99, and it worked the first time I fired it up. If Roku wireless connection to the Internet easy, then Insignia should be able to do the same, without putting their customers to unnecessary trouble.

My conclusion is that, had I paid full price for the Insignia player, I would feel that the extra $50 (for the new wireless model) would have been wasted; however, since I got the player for the same price as the old, pre-wireless model, I am not inclined to take the unit back to the store and demand a refund. Since I still have my Roku box, I can use that for instant streaming of movies. But customers seeking both a Blu-ray player and a movie-streamer in a single device should be aware of the potential problem; you may be better off spending a little bit more for a player whose wireless capacity works without resorting to customer service.

NOTE: This article has been expanded since its initial posting.