The sleeper hit of 2008 – which ought to be titled “I Fell in Love with a Teenage Vampire” – reaches store shelves this week, along with a classic fairy tale from the 1980s, a pair of spooky black-and-white classics from the 1920s, a Disney animated film about a dog that thinks it’s a superhero, and an action-packed comic-book thriller from last year. 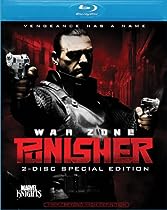 Punisher: War Zone (Lionsgate DVD & Blu-Ray)
Though Wesley Snipes has done his best to retroactively diminish the reputation of the Bladefilms with his bizarre off-screen antics, the first film remains the first truly successful serious comic book adaptation of the modern era. Director Stephen Norrington executed an amazingly stylish action-horror hybrid that seemed incredibly new in 1998, taking a lower-tier Marvel character that few people outside of that world had ever heard of and creating a crazy masterpiece. The way was then cleared for the top-tier characters to have their day, first with the X-Men in 2000 and Spider-Manin 2002; the vacuum was beginning to fill, but when the door opened for Spidey and Wolverine, a few non-starters snuck in as well. Daredevilwas crafted as a star vehicle for Ben Affleck, who was less than convincing in the role, the pricey Hulk was handicapped by director Ang Lee’s determination to over-think (and emphasize a father-son angle that never existed in the comics) and the limp Fantastic Four made money but aimed low while a superb origin script still gathers dust at Fox. Into this over-crowded marketplace bounded The Punisher, starring Thomas Jane as Frank Castle – an FBI agent whose entire family is slaughtered by master criminal Howard Saint (John Travolta, sucking up a large chunk of the film’s all-too meager budget).
What follows is a fairly standard revenge drama no different from any one of a dozen DTV actioners. Jane is perfectly fine in the title role, and is aided by a fine supporting cast (including the always interesting Will Patton and a frail Roy Scheider in one of his final appearances), but despite several interesting sequences (a would-be assassin serenading Castle in a diner before promising to kill him and a wonderfully absurd battle with an enormous Russian brawler illuminate a more interesting direction for the film to have gone) the film just didn’t have the budget for the elaborate set pieces and stunt work that these films require. Frank Castle survives the massacre of his family, but instead of crawling through irradiated seaweed or being bitten by a genetically enhanced squid, Frank just stitches up a costume and starts collecting firepower. This was an interesting angle when he was first introduced in the early ’70s, when movies like Walking Tall and Dirty Harry showed law enforcement figures turning to vigilantism out of frustration, but after more than 3 decades these motivations seem all too trite. It’s hard to blame the movie when the character never even worked all that well in the comics.
The sequel to the decent grossing film went through years of development hell, with several rounds of budget reductions and rewrites finally causing director Jonathan Hensleigh and star Jane to drop out. Punisher: War Zone finally saw the light of day last year with Brit Ray Stevenson (coming off two extraordinary seasons of the HBO series Rome) taking over the title role. We hope to be able to review the film shortly, as we hear that the latest installment has taken an absurdly violent turn, which is likely much more entertaining than the PG-13 version that Lionsgate had at one point considered. The film arrives on SD-DVD in a single-disc edition featuring only the trailer, and on a 2-disc edition featuring a collection of featurettes on the production, a commentary track with the director and director of photography, and a digital copy of the film. The Blu-Ray features all of the above (the featurettes are all presented in HD), plus the addition of Lionsgate’s MoLog technology that “allows users to insert and animate shapes, text, audio, and other graphics right into the film to create ‘blogs’ to share with other MoLog users”. Have fun with that. 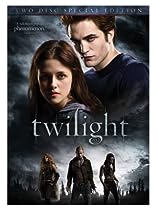 Twilight (Summit Entertainment DVD)
The winner of last year’s ‘Make Me Feel Old’ competition arrives this week as a 2-disc collector’s set (in a rather stunning example of anti-marketing, Blu-Ray owners will have to wait 2 months for the HD edition). We haven’t seen the film or read any of Stephenie Meyer’s apparently popular series. What does the back of the box say? Bella Swan (Stewart) doesn’t expect much when she moves to the small town of Forks, Washington, until she meets the mysterious and handsome Edward Cullen (Pattinson) – a boy who’s hiding a dark secret: he’s a vampire. As their worlds and hearts collide, Edward must battle the bloodlust raging inside him as well as a coterie of undead that would make Bella their prey. Based on the #1 New York Times best-selling sensation by Stephenie Meyer, Twilight adds a dangerous twist to the classic story of star-crossed lovers.
We’re not going to get sniffy here – when a vampire film is successful it pays dividends in unexpected ways – and were we anywhere near the target age for this material we’d probably be screaming like a little girl along with the rest of the teen target audience. Imagine if been if there were popular young-adult horror stories targeted at us back in the late 70s (Nancy Drew and the Hardy Boys as young vampire detectives?) Enjoy, kids, and just know how lucky you are. Read Cinefantasitque Online’s review of the film here.


The Princess Bride (MGM/UA Blu-Ray)
MGM’s new Blu-Ray, released under parent company Fox, is an absolute beauty, far surpassing the previous DVD editions. The film was shot on location in Ireland and England, but its gorgeous visuals have long been slave to iffy transfers on home video, and MGM’s recent track record (the old, substandard encode used for the Silence of the LambsBlu-Ray leaps to mind) hasn’t generated high expectations. But the news is very good indeed; the transfer retains a distinctly film-like look and hasn’t been over-processed with digital noise reductions. The Blu-Ray carries over the featurettes and the Reiner-Goldman commentary track from previous editions. We were also interested to see MGM adding an extra we haven’t seen from them on a Blu-Ray yet, a separate disc featuring the standard definition version of the film. This is a fine idea and a good way for people who haven’t yet taken the HD plunge to make a future-proof purchase – but a $34.95 list price for a catalog title isn’t exactly conducive to sales. Read a complete review here.

Faust (Kino International DVD) and The Haunted Castle (Kino Video DVD)
F. W. Murnau secured his place in horror history by directing the vastly overrated Nosferatu(1922). He also helmed some other, more interesting genre titles, two of which are coming out on DVD this week: Faust (1926) and The Haunted Castle (1921). The Haunted Castle disc offers a gallery of set design paintings and excerpts from the source novel. Faustis a two-disc  deluxe edition, including numerous bonus features: the restored German version of the film with optional English subtitles; a 53-minute documentary on the making of the film; a new musical score in 5.1 surround stereo; lost screen test footage of Ernst Lubitsch’s abandoned 1923 production Marguerite and Faust; an image gallery; and an essay by film historian Christopher Horak.
Also out this week:
March 17, 2009