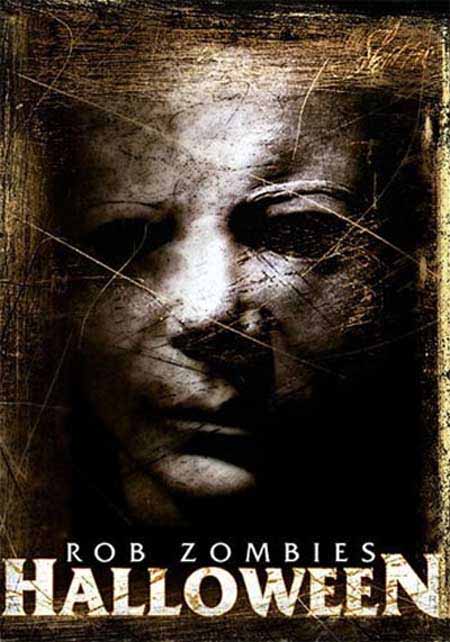 It was with a certain trepidation that I attended an advance screening of Rob Zombie’s HALLOWEEN in Hollywood last night (“advance” being a relative term – the film opened in the theatre at midnight). The charm of John Carpenter’s original 1978 film mostly eludes me, and there is little about Zombie’s career that would have led me to think he could do anything interesting with the subject. Still, hope springs eternal, so I went to check it out.
To pump up the already eager fans in the audience, Tyler Mane – the new Michael Myers – put in a pre-show appearance, autographing posters from the film. Then radio DJ Leon Quinones (who hosts something called “The Film Freak Show” on 97.1 FM) took the microphone and conducted a brief interview, during which we learned.

Throughout this exchange, Quinones indulged in a stream of rabble rousing, dropping names (“Rob Zombie personally told me…”), promising that the film would terrify viewers (even though he had not seen it yet), and announcing several times, “Fuck the critics – this is for fans!” He exhorted the crowd to text message all their friends immediately after the film, recommending that they see it. By the time the lights finally went down, one couldn’t help wondering why everyone was so desperate to drum up excitement – where they afraid the film itself couldn’t do it on its own?
Once the film started, it immediately became apparent why there might be concern. For reasons best known to himself, Zombie opted to turn the first part of his remake into “The Origin of Michael Myers” – an unnecessarily lengthy section that takes the brief prologue from the original and expands it into an entire first act. Rather like Peter Jackson when remaking KING KONG, Zombie seems to have thought long and hard about everything he did not see in 1978, and he seems determined to put all those thoughts up on the screen, regardless of how tedious.

Zombie loves to wallow in white trash tawdriness, as if that will somehow explain why Michael Myers became the fearsome serial killer icon. We learn that his step-father was a drunken bum; his sister was a slut; kids beat him up at school; and his mother was a stripper (although, ironically, Sheri Moon Zombie, who plays the part, is one of the few actresses who does not have to expose her nipples – it pays to be close to the director). Later, Dr. Loomis (Malcolm McDowell) will declare to a lecture audience that this background was the psychological equivalent of a “perfect storm” that led to homicidal madness, but what we see is more annoying than horrifying, and we suspect the most dire result would probably be growing up to become Marilyn Manson, not a monster.
When Michael finally blows his stack, the effect is less horror than relief – at last the movie is going to stop treading water and get moving. As if to pay back the audience for the lengthy build-up, Zombie stages what amounts to a massacre, but the effect is somewhat undermined by the fact that Daeg Faerch (who plays Michael as a ten-year-old) looks too small and weak to be an effective killing machine (and his blank-faced non-expression, meant to convey psychopathic evil, is simply a blank-faced non-expression).  By the time the whole thing is over, you’re starting to feel as if you have sat through an entire movie, and you’re wondering what’s left to fill up the rest of the running time. The answer: not much.
We get to see Michael in therapy with Dr. Loomis,  receiving weekly visits from his mom, who eventually blows her brains out after seeing her son stab a nurse to death. (This is one of those dim-bulb movies where mental health care professionals are naive morons treating the mass-murdering Michael as if he were merely a mildly troubled youth. In what is clearly a sop to the hardcore horror hounds in the audience, the nurse turns her back on Michael for no other reason than to give him an opportunity to kill her.)
Flashing forward to Halloween night fifteen years later, Michael escapes from the mental asylum in a none-too-convincingly staged scene. (Zombie relies on shakey camera angles and jagged editing to hide the fact that he cannot come up with a credible way for Michael to overpower his guards.) After killing a trucker in a restroom (DAWN OF THE DEAD’s Ken Foree), Michael steals his clothes and heads back to his hometown of Haddonfield, Illinois, and Zombie finally – finally – catches up with Carpenter, who covered the same territory in a few minutes.
From this point on, the remake more or less parallels the original (in highly condensed form), and the familiar situations do generate a reasonable amount of suspense, but the effect is muted by our over-familiarity with the masked killer. The weakness of Carpenter’s HALLOWEEN was that Michael was supposed to be an incarnation of evil – literally the Boogeyman – but we knew he was just a crazy guy in a William Shatner mask. The film might have been better off if we had not known Michael at all, but at least he was mysterious enough so that viewers could set aside their awareness of him as a person and accept him as the unkillable “Shape” (as he was listed in the credits). Zombie has compounded the problem, turning Michael pretty much into a pathetic freak who would probably spend his days locked in his room (or his cell), jerking off to splatter movies; we never believe this pudgy kid could grow up to become Tyler Mane, let alone a near-supernatural force (who is likened at one point to the Anti-Christ). 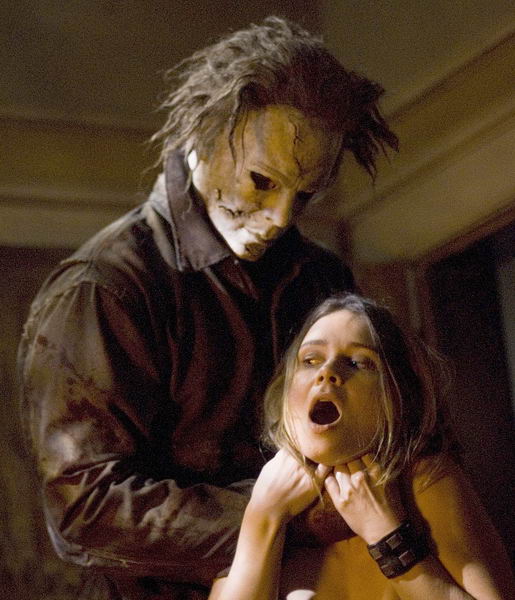 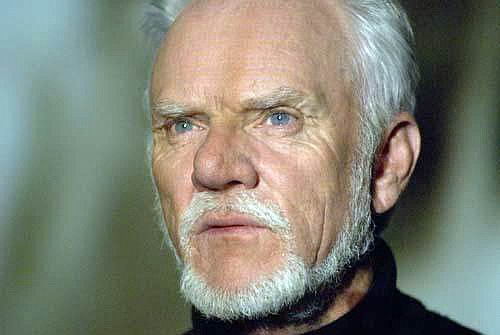 Malcolm McDowell almost makes something out of the Loomis character (who was more or less just a mouthpiece in the original, raving unconvincingly about “evil”). In a nice touch, Loomis actually looks better after fifteen years have passed, having abandoned his long hair and casual attire (which suggested a man trying – and failing – to look young) for a more dignified, scholarly demeanor. Unlike Donald Pleasence, McDowell conveys a continued concern for Michael and a sense of regret at having failed him (although it’s hard to imagine any sense in which Loomis “failed”). In a film that has little higher aspiration beyond providing a body count, he almost becomes a tragic character, and his fate is treated in an atypically discrete manner, suggesting that someone, somewhere realized it might not be too much fun watching something horrible happen to someone you like.
Even more than the 1978 version (which was conceived under the title “The Baby Sitter Murders” and tossed in Halloween as an afterthought), Zombie’s remake fails to live up to its title. The holiday barely registers: it provides little in the way of spooky atmosphere, and it does not seem particularly crucial to the Michael psychology (he likes wearing masks all year round anyway). By focusing on Michael – in effect, making the film his life story – Zombie strays even further away from the Halloween ambience, and one suspects he would have been more happy had the film been titled “Michael Myers – The Devil’s Ultimate Reject.”
In any case, the primed and eager Hollywood audience sat through the film mostly in silence, seldom screaming – although there were occasional whispers of “Nice!’ over particularly brutal moments. At the end, they awarded the film with a big round of applause, and several were eager to wax enthusiastically for the guy taking a survey in the lobby. What – if any – lesson to draw from this, I’m not sure. The new HALLOWEEN has little to recommend it on its own terms. It’s a bit like hearing a recording artist cover a familiar tune; it doesn’t replace the original, but you’re curious to hear what the new guy did with the standard classic. In this case, the reinterpretation consists mostly of pumping up the volume of the percussion as loud as possible in order to cover the off-key singing. Little or nothing has been done to reach the ears of an audience not pre-disposed to like the film. The theory here seems to be that success as an artist is not a matter of honing your craft or having something new and interesting to say; it’s just a matter of finding an audience that wants to listen to you, no matter what. Personally, I think it’s a bloody shame that this film is getting national distribution, while Adam Green’s far superior, far scarier HATCHET is doomed to a limited platform release on its way to home video.
HALLOWEEN (Dimension, 2007). Written and directed by Rob Zombie, based on the film written by John Carpenter and Debra Hill. Cast: Malcolm McDowell, Brad Dourif, Tyler Mane, Daeg Faerch, Sheri Moon Zombie, William Forsythe, Richard Lynch, Udo Kier, Clint Howard, Danny Trejo, Bill Moseley, Scout Taylor-Compton, Danielle Harris, Kristina Klebe, Dee Wallace, Ken Foree, Sybil Danning. Mickey Dolenz, Sid Haig.