There have been a couple of additions to the guest list for the American Cinematheque’s Mario Bava festival, which resumes this Thursday with a double bill of DANGER: DIABOLIK and PLANET OF THE VAMPIRES. Actor John Phillip Law (who plays the titular master criminal in DIABOLIK) will appear between the films for a question-and-answer session. DIABOLIK is a classic example of a comic book character brought to life; even if you are not a fan of Bava’s horror films, you should give this one a gander. (Get tickets at Fandango.) 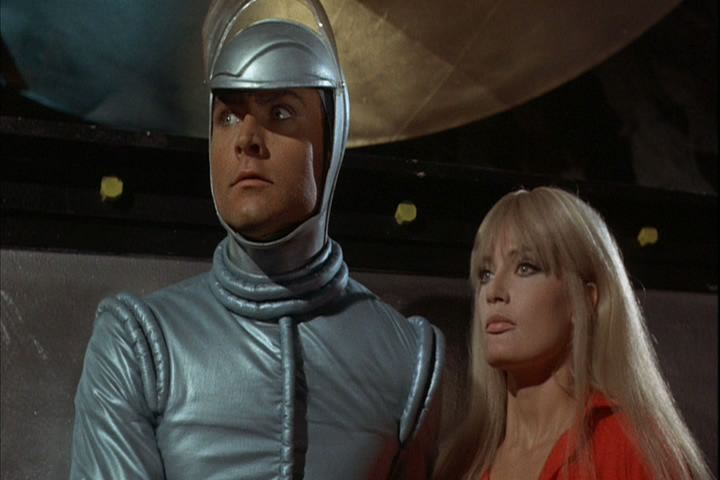 On Friday, March 21, for the double bill of BAY OF BLOOD (a.k.a. TWITCH OF THE DEATH NERVE) and FOUR TIMES THAT NIGHT, actor Brett Halsey (who stars in the latter) will join Eli Roth to introduce the films.
The festival will continue at the Egyptian Theatre in Hollywood throughout the weekend with screenings of the excellent (despite its title) KILL, BABY, KILL; HATCHET FOR THE HONEY MOON; THE WHIP AND THE BODY; and more.
RELATED ARTICLES: