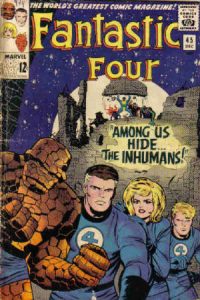 According to ScreenRant, 20th Century Fox is actively seeking higher level stars for their FANTASTIC FOUR re-boot.
They repeated the rumor that Alice Eve, who stepped away from the role of Emma Frost in Fox’s X-MEN: FIRST CLASS, is in line for the female lead, Sue Storm. Amber Heard (ZOMBIELAND) is reportedly also being considered.
They claim (as do most sources) to be quite sure that the THING will be entirely CGI, which I consider somewhat dismaying.
But the big news is that 20th Century Fox is pursuing Adrien Brody (PREDATORS) and UK thespian Jonathan Rhys Meyers (MISSION: IMPOSSIBLE III, THE TUDORS) for the role of Reed Richards, Mr. Fantastic.

Adrien Brody is old enough and projects a certain intelligence, probably enough to give the part the proper gravitas.  He doesn’t really look the part, but then few modern actors do.
Frankly, none of the the live action actors in the Reed Richards role have ever brought to it the quiet authority and paternalistic air the comic book character always seemed to possess.  Richards had that 1950’s sci-fi scientist-hero ethos that worked well with the comic’s often outlandish plots, grounding them in at least a veneer of verisimilitude.
The movie —which the article states will NOT be called FANTASTIC FOUR REBORN—could use that kind of presence.