CYBERSURFING: WANTED – 1 Director For “The Hobbit”, Will Pay Handsomely 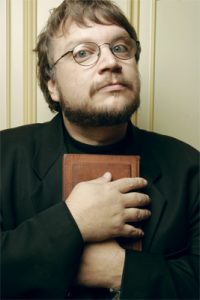 The blogosphere, twitter feeds and various interwebs exploded this week with the news that Guillermo Del Toro, who was set to direct THE HOBBIT (the prequel to THE LORD OF THE RINGS films), would be stepping down due to scheduling conflicts brought on by studio delays. Yet the madness didn’t stop there. As fans of any major franchise tend to do, speculation began to run rampant as to who would take his place. Lists and charts popped up here and there, ranking various directors by number, popularity, sexiness (ok, that one was made up…probably…).
However, while lists can be a fun distraction for film fans, for others they tend to be a deceptive beast. They are made to start conversation and compare ideas but end up creating a “false hope” in some fans and, in the end, whatever director is chosen will ultimately fall short of the expectations of those die-hard few who were 100% sure that would get the job. It is fun to speculate and wish, just as long its understood that these lists are exactly that…wish lists.
Here are a few pointers on surviving the speculation madness:
• While Del Toro is an excellent director and a great choice, it is not a written rule that to direct a good movie about hobbits, one needs to look like them.
• “Peter Jackson is the PERFECT choice to direct this movie!” – Well, ok…duh. However, the man has said many times he doesn’t want to. Anyone who spends a decade making what truly amounts to a 9-hour smash hit deserves a LONG vacation. If he decides to, he will. Until then, keep your pants on…someone good will be found.
• Most lists feature big-name directors in the top spots, those who have a track record of making epic movies. Fans tend to think that only the current best in the business directors should be able to get their hands on THE HOBBIT. Should I remind people that, prior to the release of THE FELLOWSHIP OF THE RING, Peter Jackson was relegated to cult-status. Sure, he had paid his dues and had an ever-increasing list of successes, but the number of naysayers prior to the 1st film’s release was too many to count. The director may well be an unknown, but this is no reason to fret – Neil Blomkamp was a virtual unknown until the Jackson-produced DISTICT 9 hit theaters.
• Finally, to take a line from THE HITCHHIKER’S GUIDE: Don’t Panic. Though the delay in production is disappointing, this movie WILL be made. You don’t shelve a film with a built-in fan base somewhere in the hundreds of millions.
Links to various lists can be found below. Read them and enjoy. Just don’t be surprised if most of those wishes don’t come true!
Cinemablend: http://www.cinemablend.com/new/Who-Will-Direct-The-Hobbit-Our-Readers-Advise-Peter-Jackson-18796.html
Cinematical: http://www.cinematical.com/2010/05/31/who-should-direct-the-hobbit
Television Without Pity: http://www.televisionwithoutpity.com/mwop/moviefile/2010/06/non-geek-directors-who-should.php
Io9: http://io9.com/5552022/who-should-direct-the-hobbit