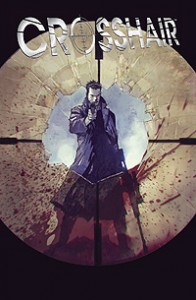 Top Cow Comics, best known for Mark Millar’s WANTED. will soon be introducing another comic book property into Hollywood. Last weekend at San Diego Comic-Con, CROSSHAIR was optioned by Mandeville, according to Newsarama.
CROSSHAIR is the story of former CIA operative Justin Weller who learns that he has only hours to prevent his brain from being taken over by hidden programming and killing the President of the United States. Interest in CROSSHAIR first surfaced in response to the success of Millar’s WANTED in 2008. Mandeville hopes that CROSSHAIR will prove to be equally successful. The concept sounds compelling enough that .t just might draw audiences. Do you agree?