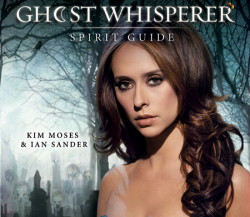 Variety reports that among other shows,
THE GHOST WHISPERER has been cancelled after five seasons.
Jennifer Love Hewitt played Melinda Gordon in the supernatural mystery series. Her character spoke to troubled spirits and tried to help them find peace before moving on.
Hard to comment intelligently on a show I’ve assiduously avoided for five years. A check of IMDB provived the information that the series was inspired in part by the work of real-world “spirit communicator” Mary Ann Winkowski.
Like many fans of supernatural tales and shows, I have little interest in works that purport to be “fact-based” about matters I might find interesting in a purely and admittedly fictional entertainment.
It’s an intriguing dichotomy, I think.