IRON MAN crushed the competition this weekend, offering the first evidence that superheroes can save the box office this summer. The adaptation of the long-running comic book character made its debut in 4,105 theatres, earning a whopping $100.75-million during the three-day frame (Friday to Saturday). Adding in sales from midnight screenings on Thursday raises the total to $104.25-million. 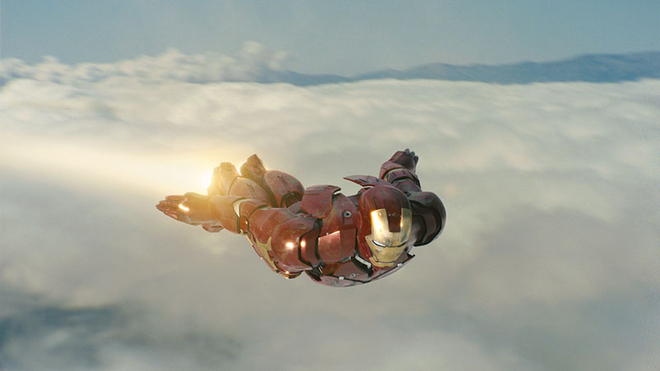 Unfortunately, that IRON MAN’s success would benefit the movie industry as a whole. The film’s gross was more than twice that of the remaining Top Ten films combined. To put it in baseball terms, Hollywood increasingly seems to be striking out with the majority of its players, relying on the occasional grand slam home run to score big.
As for other films of interest to fans of cinefantastique…
FORGETTING SARAH MARSHALL held onto the #4 position for the second week in a row, behind MADE OF HONOR and BABY MAMA.  The romantic comedy – featuring a rock opera version of Dracula performed by Muppets – earned $6.13-million, raising its three-week total to $44.80-million.
THE FORBIDDEN KINGDOM dropped from sixth to third place in its third weekend, earning $4.2-million. Released the same weekend as SARAH MARSHALL, the martial arts fantasy starring Jackie Chan and Jet Li remains ahead but just barely, with a total take of $45.12-million.
NIM’S ISLAND drifted from #5 to #7 in its fifth week of release. Earning $2.75-million raised its total to an unimpressive $42.54-million.
PROM NIGHT declined two slot sto #8, where it took in $2.5-million. After four weeks, its total stands at $41.48-million.
Finally, DR. SEUSS’ HORTON HEARS A WHO dropped out of the top ten, slipping from #11 to #9. Still, the weekend take of $1.35-million raised the eight-week total to an impressive $149.83-million.
Read the complete Top Ten here.