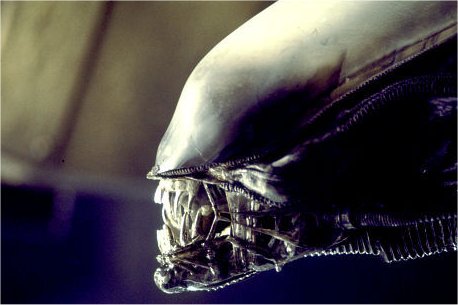 In the grand old tradition of Cinefantastique retrospectives (like the time our founder Frederick S. Clarke ran a cover story on Hans J. Salter, composer of music for ’40s horror films, while ignoring the current summer blockbusters), we thought we would dig through our files and offer up a slew of stuff relating to the ALIEN franchise. There is an question-and-session with director Ridley Scott, a video interview and transcript with exec producer Ronald Shusett, and reviews of ALIEN, ALIENS, and ALIEN: RESURRECTION. (For those of you who care, reviews of ALIENS VS PREDATORS and ALIENS VS PREDATOR: REQUIEM were previously posted.)
Enjoy!